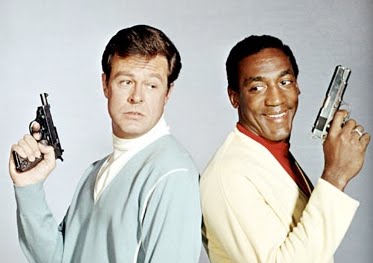 Given the passing of actor Robert Culp, I thought this would be an appropriate time to share a personal anecdote about the actor that actually connects to comics....

One night several years back, I came home to find a voice message from someone who said he had gotten my number from comics fan and mutual friend Shel Dorf. The quality of the message wasn't very good, but the caller in the message said he was developing a film adaptation of Milton Caniff's adventure strip, Terry and the Pirates, and was looking for an artist to do a comic-book tie-in with the movie. Shel had told the caller that I was one of the best Caniff-inspired artists around and passed along my phone number. He said his name was Robert Culp.

I didn't think anything of it (remember, the quality of the machine message wasn't very good) and the next day returned his call. When he got on the line and said, "This is Robert Culp," I paused—there was no mistaking that voice. I can't recall if I asked him right away, but at some point during our conversation, I blurted out, "Excuse me, but are you Robert Culp the actor?" He quickly and matter-of-factly said yes, then went on to talk about the project.

He told me he was going to be going to Asia to begin shooting a Terry and the Pirates film he had scripted and needed an artist to do a comic-book adaptation tie in. (I can't recall now if he said he was directing it as well.) It turns out Culp was a huge Terry fan.

In addition to spending a little time reminiscing about the strip, I ended up giving Culp a little overview of how the comics publishing and distribution business worked. I recall thinking that a better way to go would be to simply license the adaptation to an established publisher (like Dark Horse) and let them do all the work rather than expend his own time, effort and resources to write and publish the comic-book. But at the time I kept this to myself, partly because he seemed determined to do the book himself and because, frankly, I decided it best to hold a bit back thinking this might be a way at some point to become involved in the project by helping him to shepherd the project. 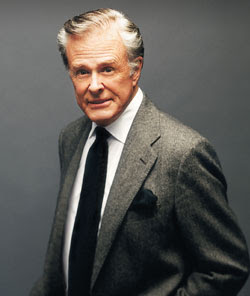 In terms of doing the art, however, I didn't feel I had the time to commit to such a project—but I told him I would send him samples of my work. (I recall a slightly deflated Culp saying, "Randy, don't break my heart.") I ended up referring him to a fellow artist who I thought would be a good fit for the job. I spoke with him afterwards. Although he said they had an interesting conversation, my friend wasn't sure yet if he would do it—he was concerned about the tight timeline and that Culp wanted a straight Caniff impersonation which wouldn't allow much room for personal expression—but he said if he did take the job, he'd need help and wondered if I would be interested. I, of course, said "yes," and had hoped I would have a chance to contribute somewhat to the project if my buddy did it.

Knowing how Hollywood works, I did immediately wonder how solid the film really was, especially since I hadn't heard about it. As time passed, of course, nothing came of it—but as I said, that's how Hollywood works. A year or two later I passed him at a signing at the San Diego Comic-Con, but decided not to introduce myself, not being sure if he'd remember our telephone conversation. (I think I have a photo from that time, but couldn't find it in time for this post.)

In doing some research for this piece, I did find a few Culp and Terry references. An article about the recent complete IDW compilation of the strip from 2007 mentions that Culp "had written several screenplays for a Terry film, but to date, nothing has come from it." The Wikipedia article on Terry and the Pirates also mentions that "Robert Culp admitted that the comic strip Terry and the Pirates was his inspiration for the 'tone' and 'spirit' and 'noir heightened realism' of the 1965 NBC TV Series, I Spy."

Though "I Spy" was before my time (though it was available in reruns when I was growing up) and I wasn't a big fan of "Greatest American Hero," I nevertheless was very familiar with Culp and enjoyed his affable, easy-going manner.

In any case, the news of Culp's passing gave me an opportunity to remember this brief personal encounter with the actor, connecting on a common interest we shared.
at 7:00 AM Posted by Randy @ WCG Comics 7 comments

Labels: In Memorium, Robert Culp, Terry and the Pirates

Email ThisBlogThis!Share to TwitterShare to FacebookShare to Pinterest
Here's a "news dump" for a couple of links of note.... 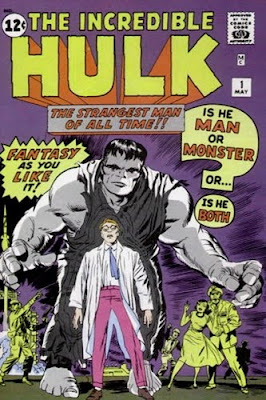 From one of my primary comics/pop culture news sources, Heidi MacDonald's Comics Beat, comes the news that the heirs of the late Jack "King" Kirby, who is credited with creating or co-creating many of Marvel Comics' most iconic characters including Spider-Man, the Hulk, Iron Man, Thor, etc., have filed for partial copyright ownership of the characters.

This was not unexpected and has been part of a broader trend. This action is based on copyright law revisions made decades ago that gave creators an opportunity to terminate transfers of copyright 35 years after the transfer in order to re-claim ownership of a property. The action by the Kirby estate follows similar action taken by the heirs to Superman creators Jerry Siegel and Joe Shuster against DC Comics/Warner Brothers, which remains ongoing and unresolved. (The heirs recently received some ownership of Superboy.)

Adding to the drama, of course, is the fact that Disney recently purchased Marvel, and has a history of aggressively protecting their properties. (They recently won a major judgment against the Winnie the Pooh estate.)

The interview coincides with a documentary that Hahn actively participated in called Waking Sleeping Beauty about the intense backstage politics and maneuverings the directors, artists and creative talent had to navigate within the Disney studio to get their features made. Though Hahn clearly looks back at those days with pride and fondness, there nevertheless was a lot of the kind of intensity and competition Hollywood is famous for—understandable given the amount of money at stake—that involved even the people at the very top including Michael Eisner, Jeffrey Katzenberg, and Roy Disney. Nevertheless, with hindsight Hahn is able to say something positive about nearly everyone and even learned new things himself about what was happening behind the scenes during the making of the documentary.

Backing into Forward
Last Sunday's Los Angeles Times Arts and Culture section had a nice article on Jules Feiffer, coinciding with the release of an autobiography, Backing Into Forward: A Memoir. I'll be picking it up at some point, if for not other reason than to read about his years working with Will Eisner (which the L.A. Times article mentions).
at 6:58 PM Posted by Randy @ WCG Comics 0 comments 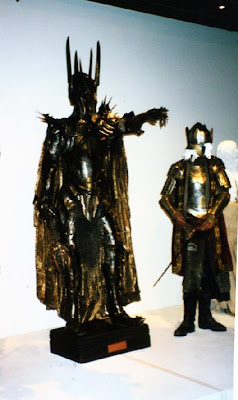 With this in mind, this past Saturday, I visited the 18th Annual Art of Motion Picture Costume Design exhibition at the Fashion Institute of Design and Merchandising (FIDM) in downtown L.A. with my family. (The show runs through April 17 and is free to the public.) Though I am hardly a clothes horse (or, as Steve Martin described it at this past weekend's Academic Awards ceremony, "clothes whore")—and it's my wife who usually takes the initiative to make sure we see the show each year—it's an exhibition I always enjoy taking in, and find instructive for my work as a cartoonist.

We actually have taken in the exhibition for many years now, which features the actual movie costumes and clothing created and worn in films from the preceding year, including most if not all of the costume designs nominated for an Academy Award. This year's exhibition featured costumes from, among many, Aliens in the Attic, Broken Embraces, Coraline, An Education, G.I. Joe, The Imaginarium of Dr. Parnassus, Inglourious Basterds, Julie & Julia, My One and Only, Night in the Museum: Battle for the Smithsonian, Nine, Pirate Radio, Sherlock Holmes, Star Trek, Watchmen, and Where the Wild Things Are. 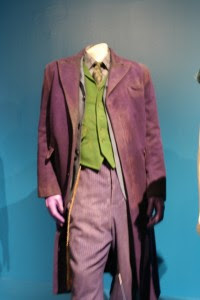 The show is fun because you get to see the actual movie costumes up close, and a sense of the actual size of the actors who wore the costume (for example, how tall Nicole Kidman must be in real life!).

However, it's also instructive because of my work as a cartoonist—getting the "costumes" right for a character—or at least making it interesting—is one of many challenges a cartoonist faces when working on a story. The exhibition understandably does not allow visitors to take photos (the photo accompanying this blog was taken from an Internet report of a past show), but one often sees numerous visitors at the exhibition—presumably aspiring fashion designers—making sketches. (Inspired myself by a few of the costumes, I borrowed a sketchpad from my wife to make some sketches for my own reference for the future!)

But even if you're not into fashion and just a movie fan, it's a fun, relaxing and enjoyable show to take in, located at the FIDM's gallery on its main floor in a quiet non-descript street L.A. just a few blocks from the new Staples Center where it's easy to find street parking on a Saturday, as we did (and do every year). While some people might find the exhibition itself to be a fairly quick walk-through, I would suggest using the visit to downtown as an opportunity to explore downtown by visiting the re-gentrified Staples Center or visiting the new trendy restaurants in the area, or perhaps some other landmarks like Japantown, the Disney Performance Hall, or the Museum of Contemporary Art. There's also a charming little park area right on the grounds, and the gallery features a small but funky museum store.

Note: The photos accompanying this article are from past FIDM motion picture costume design exhibitions taken from other blog reports. Featured top right is a costume from the Lord of the Rings: Return of the King and the Dark Knight Returns.
at 6:57 AM Posted by Randy @ WCG Comics 0 comments