Email ThisBlogThis!Share to TwitterShare to FacebookShare to Pinterest
Below is a press release announcing that Rob Hanes Adventures #14 is now available for purchase online.


Click here to go directly to accompanying photos and images 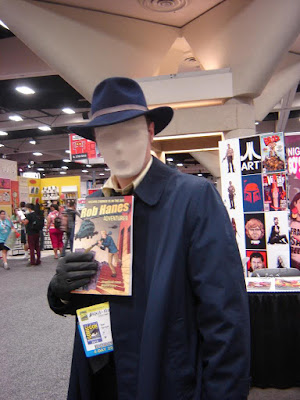 
In recent years, new issues of Rob Hanes Adventures have been traditionally released at the San Diego Comic-Con, followed by the availability of the issue at its website. The book is also solicited to retailers in advance of Comic-Con.

In issue 14, globetrotting troubleshooter Rob Hanes travels to the (fictional) Middle East country of Koman at the request of the CIA to bodyguard an exiled princess in the hopes her presence can spark the overthrow of the country’s military dictator, General Amra. A long simmering romantic triangle involving Amra, the Princess, and the head of the insurgent coalition, however, complicates the looming threat of civil war. Koman has been a recurring part of the series since its beginning in the 1990s, so the story closes the chapter on a long-running story arc. Entitled “Regime Change,” the story continues the series’ “ripped from the headlines” approach and was influenced in part by the tumultuous changes overtaking the Middle East.

As a special bonus, a digital copy of Adventure Strip Digest #1, the first issue of the series’ original 4-issue run before being re-launched as Rob Hanes Adventures, has been made available for download at the WCG Comics website.

“This digital release is a first for WCG Comics and a format I will definitely be exploring more in the future,” said WCG publisher and series writer-artist Randy Reynaldo. “I expect to make more announcements about our plans in digital format later this year!”

In addition, comics writer and reviewer Tony Isabella recommended Rob Hanes Adventures during an interview conducted at Comic-Con, which aired in an episode of the Publishers Weekly "More to Come" podcast that posted during the convention on July 19.


“Getting this kind of press coverage during the show was a great boost and very exciting,” said Reynaldo. “They're great endorsements for the quality and longevity of the series, and what I have been trying to achieve with it.”

Inspired by classic adventure comic strips like Milton Caniff's Terry and the Pirates and Roy Crane's Buz Sawyer but set in the modern day — with dashes of light-hearted humor reminiscent of Will Eisner's Spirit — readers and fans alike have lauded Rob Hanes Adventures for recapturing the spirit of the classic adventure strip genre for modern day audiences.

Though themes and characters recur in the series, every story of Rob Hanes Adventures is self-contained. The entire series remains in print, including 14 issues to date and two trade paperback collections of earlier work. For more information about the series, previews and to purchase back issues, visit the WCG Comics website at wcgcomics.com.


BELOW: Cover to Rob Hanes Adventures #14, which debuted at Comic-Con. 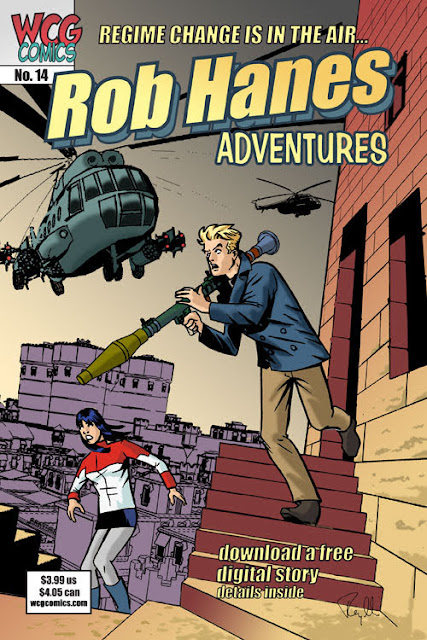 BELOW: Cartoonist Scott McCloud with the latest issue of Rob Hanes Adventures #14. 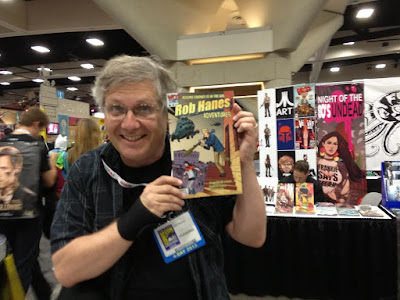 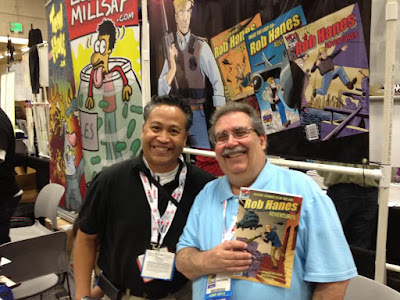 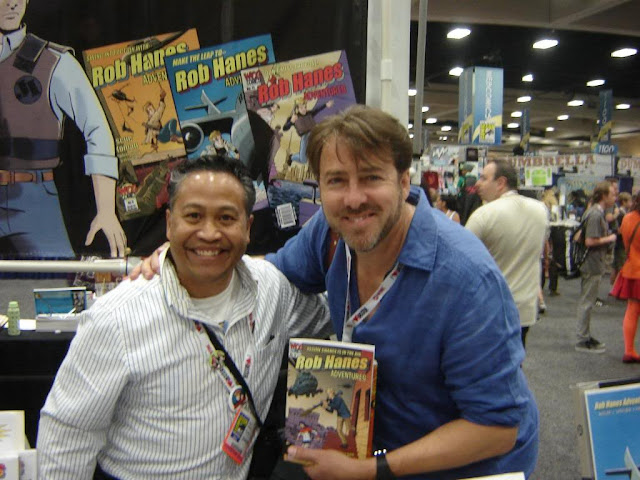