Where to Find Me on Social Media 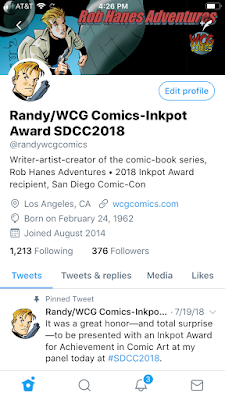 It goes without saying that in this day and age, social media is an important component of promotion and "branding"—especially since it's free. I guess you can technically say it started for me with this blog (which launched in 2006 on MySpace before I transitioned it here to Blogger in 2008*) and on Facebook since January 2009.

My Twitter profile says I joined that platform in August 2014—but I really didn't get serious about using it until around January 2018 when I decided to get more active on it in advance of that year's San Diego Comic-Con. I should add that I understood deciding to use it required a learning curve—while of course I knew how to Tweet, I knew I needed to get the hang of it and learn to use it effectively in terms of coming up with content and engaging and interacting with others through comments, likes and retweets. While I've never been comfortable in self-promotion, I must admit Twitter has been a happy surprise—by being present and simply "myself" on it, I feel as though I've made some good "friends" on the platform and appreciate the support, likes, retweets and comments back I've gotten. No, I don't have thousands of followers (yet), not even close, but I have generated a lot of growth since becoming active on the site.

I similarly originally joined Instagram simply to reserve a handle for myself—and while I still don't have much content, I'm starting to ramp up on it, partly because it's not as labor-intensive.

As I've become more attentive to these different platforms, it's been interesting to discover the different "personalities" of each site, even though I do share much of the same content across them.

On my Twitter account, for example, I find that people engage more when I generally keep it fairly focused on comics, whether it be my own or others. There doesn't seem to be as much interest when I comment on other random subjects. I don't have a problem with that, it's just an interesting observation.

On Facebook, I find I can show off more of my personal life, talking about family, vacations, etc. That said, I'm always reticent about sharing "too much information," but I'm generally more comfortable showing off my personal side here versus other sites. (Of course, I also have a dedicated WCG Comics/Rob Hanes Adventures Facebook page connected to my regular Facebook page.)

Frankly, I've found Instagram to be a little less demanding and labor-intensive than the other platforms, so posting random images there works fine for me for now (of course usually my own work or comics related). I'll include a brief comment to give the images some context but this is in contrast to Facebook which is conducive to longer comments and narratives, and Twitter, which is primarily about interaction, connecting and conversation.

And, as for this blog, it is an opportunity for me to write on more diverse topics (perhaps of more interest to me than others), scratching my itch to write reviews, overviews, etc. 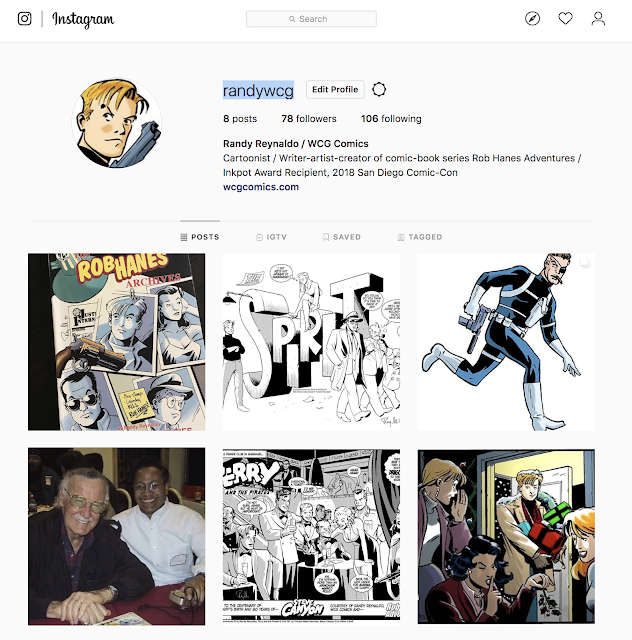