Email ThisBlogThis!Share to TwitterShare to FacebookShare to Pinterest
The Dark Underbelly of Comics Exposed!
Plus RESIST—A bonus story previews new direction for the series

This summer brings the release of a new issue of Rob Hanes Adventures featuring TWO full-length stories, including a murder mystery set at a popular summer comic-book convention.

In the cover story, “Death at Comicon,” Rob is hired to protect a valuable, rare and highly sought-after comic-book. However, when the issue is stolen and a respected comic-book artist is murdered, Rob investigates and uncovers the sordid underbelly of fandom and the comic-book collectibles market! The issue features cosplayers, cameo appearances, and a climactic scene that takes place during a comicon panel.

The issue also includes a bonus backup story, “Prufrock,” which serves as a teaser for next issue, when a new U.S. administration nationalizes Rob’s detective agency, Justice International, turning it into a new secret private police force and intelligence agency accountable only to those in the higher reaches of government. Building on the series’ knack for stories inspired by real-life events, “Prufrock” kicks off a startling new direction that series creator Randy Reynaldo promises to be as entertaining and thrilling as it is thought-provoking. Rob Hanes Adventures has often featured stories “pulled from the headlines” and, in this and coming issues, Rob and his private detective agency, Justice International, become embroiled in missions that explore the polarized political landscape of modern-day America!

About Rob Hanes Adventures:
Rob Hanes Adventures is an action-adventure series about a globetrotting private eye and troubleshooter from Justice International who travels the world on assignment, facing adventure, intrigue and romance at every turn!

Launched in 2000, and preceded by a zine and then a comic-book series that ran four issues titled Adventure Strip Digest, Rob Hanes Adventures is one of the longest-running indie comics series still going! Inspired by classic adventure comic strips like Milton Caniff's Terry and the Pirates and Roy Crane's Buz Sawyer but set in the modern day—with dashes of light-hearted humor reminiscent of Will Eisner's Spirit—readers and fans have praised Rob Hanes Adventures for recapturing the spirit of the classic adventure strip and updating it for modern day audiences.

Though themes and characters recur in the series, every issue of Rob Hanes Adventures is self-contained. The entire series remains in print, including 17 issues to date and two trade paperback collections of earlier work. For more information about the series, previews and to purchase back issues, visit the WCG Comics website at wcgcomics.com or facebook.com/rhadventures.

A third trade paperback, Rob Hanes Adventures, Vol. 1, that begins collecting the current series was recently announced and will be released this summer as well.

Images accompanying this press release may be used for review purposes, with additional downloadable art and images from the comic-book series available in our online media room. All art © by Randy Reynaldo. All rights reserved. 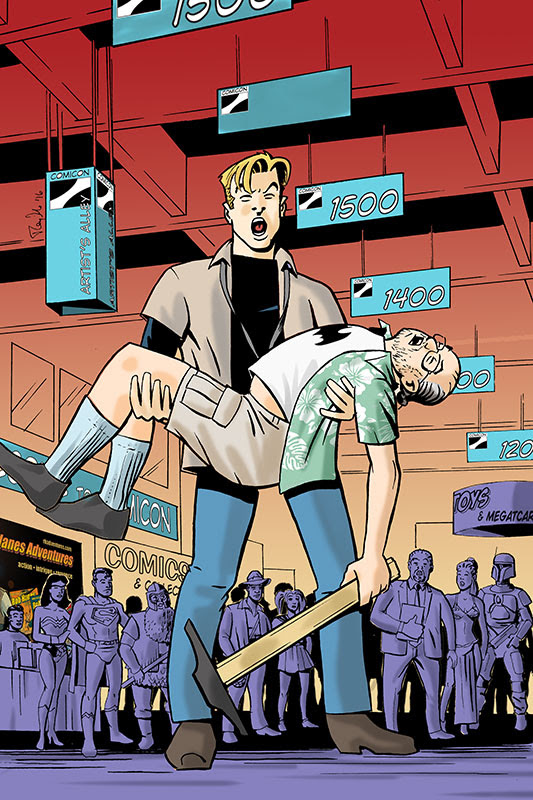 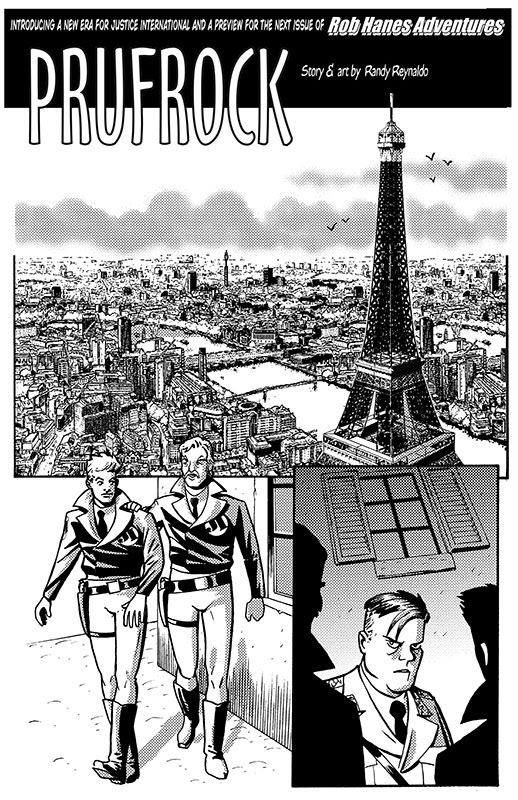