As someone who works full time, has a family with children, and tries to use the remainder of my time drawing my own comics, the time I have to spend on reading comics over the last decade or so has dwindled a great deal. While I still buy some comics out of habit, most actually go unread. My comics reading habits these days are all over the place, usually determined by whether I like the art. Only a few titles—like Love and Rockets and Optic Nerve—are on my must-buy/must-read lists. Like a lot of people, I’ve gravitated more towards graphic novels and trade paperback collections of limited series, which require less of a commitment in time and energy.

Some of this waning interest, of course, has also been due to the incredible convoluted continuities of many mainstream super-hero comics. In what has been an acknowledged problem for years, many comics often are part of larger story arcs that sometimes go across several series and titles. For the most part, gone are the days when one could pick up a random mainstream comic-book and get a full-length story. (Which is why my own stories in Rob Hanes Adventures are usually self-contained!)

As anyone who follows mainstream comics know, comics have also become “event” driven, meaning that each year the publishers create an all-encompassing story arc that often involves a comic-book company’s entire stable of characters and can take as much as a year to play out. Ironically, while this has goosed sales to some extent, overall, comics have continued to see a decline in the number of people who read comics. Aside from the fact that many people like me have neither the time nor disposable income to devote to such an extended endeavor, such an approach also has little appeal to casual readers. 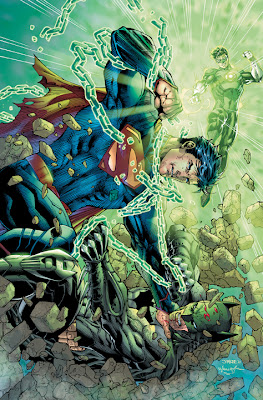 Partly in recognition of this, DC Comics earlier this year announced its plans to ambitiously relaunch much of its line, including perennial characters like Batman, Superman and Wonder Woman, many of them at the start of the characters’ careers. In some cases, the characters have been tweaked a bit as well, particularly the costume designs.

While there are some fans who decried the idea of change, for the most part the response was favorable, though of course it was hard to judge the success of the changes until the books appeared.

As for myself, I was moderately curious—though I had long ago accepted that I was not the target audience any longer for superhero comics, I nevertheless thought it was a good idea for DC to wipe the slate clean and start fresh. Characters like Superman and Batman, for example—pretty much the first comic-book superheroes—were created in 1939 and 1940. (To be fair, over the years, DC has undertaken a patchwork of approaches to keep the characters up to date and fresh.) Marvel had taken a similar approach in developing its separate “Ultimates” line.

So what’s the verdict? I picked up the first issues of many of the series, including Justice League, Batman, Superman, Detective Comics, Action Comics, and Aquaman. Frankly, none of those first issues made much of an impression on me and I found them a bit stilted. 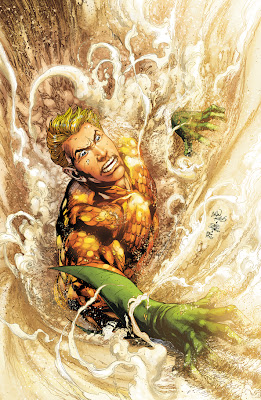 With the second issues, however, now past the awkward, initial introductory sequences, I found that I enjoyed the stories much more. My favorite to date are Batman, Aquaman and Justice League. The series have not been quite as simplified as one would have liked—for example, Batman and the other characters are obviously new to the scene in Justice League, while in Batman, with the appearance of three of the characters who have donned the Robin costume in the story, it’s clear this is a somewhat more established Batman; and the Robin characters who ranged from the 1940s to the present clearly have now each been Robin for only about a year or two or so before being succeeded by a new Robin. But the bottom line is the stories are entertaining.

I wouldn’t quite say the books recapture the feeling I had when discovering the characters for the first time as an adolescent—we live in an age of media overload and the characters are a too familiar part of the pop culture landscape for that to be possible. But at the same time it’s been a long time since I’ve picked up a mainstream superhero comic-book title and looked forward to the next issue.

How long DC Comics will be actually able to sustain this interest and level of sales is another question. I’m sure that at some point I’ll lose the thread in many if not all of the series and stop reading them altogether again. But it will be interesting to see how long DC can sustain my interest as well as sales, and remain focused on keeping the stories interesting to casual readers. For now, I’ll enjoy the ride.
at 6:03 AM Posted by Randy @ WCG Comics 0 comments