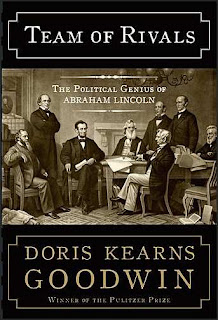 Although Abraham Lincoln ranks among the most popular subjects of biographers and historians, writers continue to find new ways to examine the iconic president. One such well-received book from 2005 is Doris Kearns Goodwin’s Team of Rivals: The Political Genius of Abraham Lincoln. In this compelling page-turner I could not put down and was sorry to finish, Goodwin views Lincoln and his political acuity through the prism of his Cabinet. Lincoln’s leadership, self-confidence, political shrewdness, and impeccable sense of timing allowed him to guide the country at a major turning point in its history and become, along with George Washington, the most revered and honored president. He did so by preserving the union, and slowly and naturally leading the nation to the Emancipation Proclamation and the 13th Amendment.

As the book shows, his simple log cabin, rail-splitting background belied an emotional maturity and shrewd political instinct that caused many to underestimate the desperately driven and ambitious self-made Lincoln. During a time when the fate of the suddenly fragile union rested in his hands, Lincoln brought together a group of highly accomplished, talented and disparate men — several of whom were serious candidates for the presidency themselves — and skillfully managed their egos and differences to get their best work in service to the country and his personal vision.

At its most basic level, Rivals interweaves the biographies of Lincoln and the men he appointed to his Cabinet. Several of the members he appointed to the Cabinet were Lincoln’s political rivals and, up to the eve of the 1860 presidential elections, the front runners for the presidential ticket of the Republican party. These include William H. Seward, who would become his Secretary of State, and one of his closest and most loyal advisor and companion; and Salmon Chase, his Secretary of the Treasury, who had been particularly pained to lose the nomination to Lincoln and would continue to aspire for the presidency even while still serving under Lincoln and well into his later years. 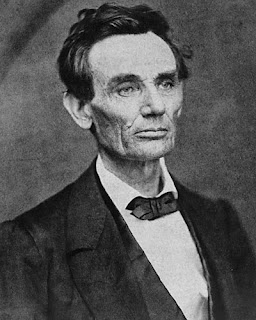 In forming his Cabinet, Lincoln chose men he thought best qualified for the job and representative of the diversity of views and political thought in the country, not men who would be blindly loyal to him. In fact, many of these men initially did not think highly of the newly-elected chief executive—some even held him in contempt—but it did not take long for them to recognize his integrity, the strength of his character, and his leadership. This led to genuine respect and fondness. (This was something that seemed true of everyone who came into contact with Lincoln.) His selection of these men not only underscored Lincoln’s supreme self-confidence in appointing men who likely initially believed themselves to be his intellectual (and social) equal or better, but also his political skills.

It's important to note that Lincoln wasn't necessarily interested in having these men get along—indeed, real factions and alliances emerged. But they gave him the results and often strong opposing advice he desired, while at the same time he maintained his authority and leadership.

Central to the story is Kearns Goodwin’s detailed description of the political landscape of the time. Much of the 1800s leading up to the 1860 election was devoted to keeping a lid on the slavery issue, with laws being passed to placate the South which considered slavery central to its economy and cultural identity. By the 1850s, tensions began to ratchet up again, culminating with the 1860 election, due to the steady erosion of the laws that had previously limited slavery to the South. Many in the North felt that the South was holding the country hostage because it was insisting that the new territories and border states had the right to determine whether they were a slave state or not. The South acutely recognized that if the new territories prohibited slavery, it would not only dilute their political clout nationally and in Congress, but also threaten the institution of slavery itself, which they could not abide. In contrast, for many in the North, the final straw was the passing of laws that compelled Northern states and citizens to return escaped slaves, which now made them feel complicit in enslavement.

It's clear the South would likely have seceded regardless of who was on the Republican ticket—in many ways, Lincoln won the nomination because he was more of a blank slate and seemed more middle of the road and electable than his rivals. Indeed, at the outset, Lincoln was no abolitionist, which was considered political suicide: while privately against slavery, he supported keeping slavery restricted to the South with the belief it would eventually wither away on its own accord. Only later, as the war turned in the North’s favor, did he decide to issue the Emancipation Proclamation, which was followed by the 13th Amendment that abolished slavery. 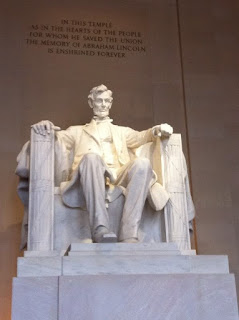 But make no mistake—as much as the South has tried to re-write history by making the American Civil War a conflict rooted in states’ rights, the bottom line was that it was a war they chose to fight to preserve their right to enslave others.

Reading about the South’s tactics and grievances admittedly brought to mind comparisons to many of the issues being fought today, often involving the same parts of the country. Like then, a small, vocal minority seems able to hold sway over the will of the majority in other parts of the country. Indeed, I wondered whether we would have been better off to simply let the South secede and wallow in an untenable and immoral institution that, regardless of the American Civil War, would ultimately have at some point collapsed upon itself and become its legacy. Given the more than 620,000 lives lost in the war—more than all other conflicts including World War I and II combined—one wonders whether it was worth the cost.

After finishing the book, however, I recognized that such thoughts were contrary to Lincoln’s and his contemporaries’ legacy, and their vision for a strong union and their commitment to abolish slavery once and for all. And like it or not, such tension is an inherent quality of a vibrant and healthy democracy.

This is a wonderful book that brings Lincoln, his contemporaries and history to life. It’s not at all “dry,” and full of anecdotes and excerpts from an era when people recorded their most private thoughts and feelings in letters and diaries. We see Lincoln’s ability to entertain and love of a good joke, while masking an inner melancholy that some people believe suggests clinical depression. Having just visited Washington, DC, and as the country prepares to commemorate the sesquicentennial of the start of the Civil War, it certainly is a timely moment to read this book.
at 7:18 PM Posted by Randy @ WCG Comics 0 comments

The Curious Case of Comicspace

While updating the WCG Comics website, I decided to simplify and remove MySpace, Comicspace, and the Hanes Briefs forum from my list of community links. The WCG website, this blog, and new WCG Comics/Rob Hanes Adventures Facebook page will remain my primary promotional vehicles.

While my initial strategy focused on trying to be at as many places as possible to maximize the ways people could find me, I decided that it was time to consolidate and cut loose dead weight. Although my MySpace and the Hanes Briefs forum accounts still exist for archival reasons, the emergence of Facebook as both an effective networking and chat site has rendered them superfluous, so I thought it was time to abandon them altogether. The strange, puzzling case of Comicspace, however, remains a mystery and is what precipitated these changes in the first place.

Comicspace was originally created as a sort of comics industry version of MySpace, where fans and many aspiring and emerging cartoonists hung out. ComicSpace had a simple, bright, appealing interface that allowed users to network and post webcomics. (I primarily used it for the latter, to preview upcoming issues.) Though the site received positive attention and gained a respectable following, it never achieved real critical mass or was embraced by the broader comics community, particularly among industry professionals.

Some excitement was generated in 2007 when ComicSpace merged with Webcomicsnation (a dedicated site for webcomics) and OnlineComics. Nothing really changed, however, at any of those sites until the fall of 2010, when ComicSpace abruptly and without warning completely revamped itself, seemingly in a half-baked attempt to reinvent itself as a social networking and blogging site, with WordPress now as its main engine. Not only was the site’s original simple design completely gone in favor of WordPress, but, unfortunately, no one was given any warning. Frustrated and blind-sided users suddenly found their stored images and webcomics missing, and scrambling to redesign their pages in the new system. And though Comicspace’s identity was never well defined, the redesign in my view completely obliterated the unique and quirky personality that had previously distinguished it from other comics community sites.

Though I eventually found my images buried in my account (I primarily used the site to preview upcoming stories), despite a lot of effort, I found the new interface completely confusing and unwieldy, with no support or directions provided by Comicspace. Comicspace had suddenly shifted focus to become a blogging site and, worse, nobody was available to help users understand or make the transition. In fact, the site owners don’t appear to have posted since the fall and most of the blog posts appear to be spam.

Given the domination of MySpace and now Facebook, and the rise of dedicated webcomics sites like webcomicsnation, Comicspace never established a strong footing, let alone a strong focus or identity. Regardless, it did host a small, thriving community and embodied a unique and welcoming interface that gave it a unique personality, but it seemingly completely threw that out the window in a misguided and sudden re-launch that confused and alienated existing users.

Fortunately, inconvenience aside, there are plenty of sites out there that can fulfill much of what Comicspace did in its heyday. But Comicspace had a distinctive feel and design to it, which I will miss.
at 6:51 PM Posted by Randy @ WCG Comics 4 comments