Rob Hanes Adventures #15 also to Debut at the Show

In addition to the new issue, WCG also kicks off its 20th anniversary celebration at Comic-Con, making it one of the longest-running indie comics titles. In 1994, WCG officially opened for business, releasing Adventure Strip Digest #1 that year, the series’ original title. (Adventure Strip Digest ran four issues and was re-booted in 2000 as Rob Hanes Adventures. These early four issues have been collected as a trade paperback, Rob Hanes Adventures, Volume 0.) 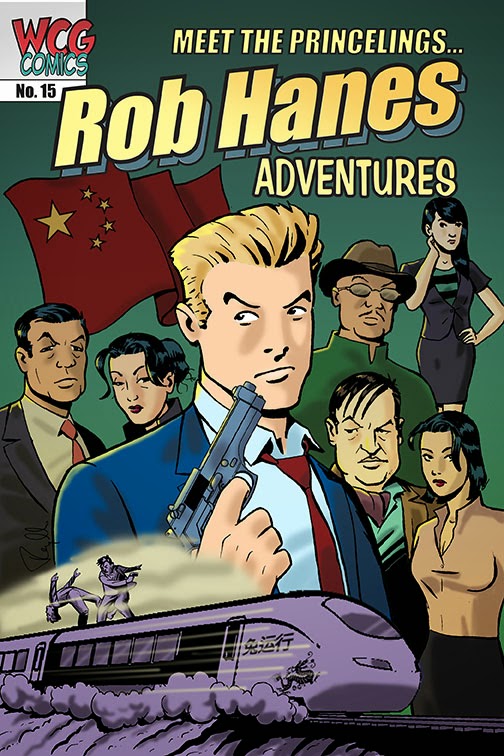 “It’s been a real labor of love, working on this series and trying to capture the excitement and feel of the newspaper adventures trips I admire so much,” said Reynaldo. “I’m proud to say that many of the fans of Rob Hanes Adventures have been with the series since the very beginning, who look forward to each issue, and every year more people discover or re-discover it. I know it’s always a challenge for a series to succeed when issues come out so irregularly, so the patience and support I’ve received for the series over the years is incredibly gratifying.”

Inspired by the classic adventure comic strips like Milton Caniff's Terry and the Pirates and Roy Crane's Buz Sawyer but set in the modern day — with dashes of light-hearted humor reminiscent of Will Eisner's Spirit — readers and fans alike have lauded Rob Hanes Adventures for carrying on the spirit of the classic adventure strip genre for modern day audiences.

Click here for the previous press release announcing Rob Hanes Adventures #15 and to see a preview.