Meet the New Member of the Family... 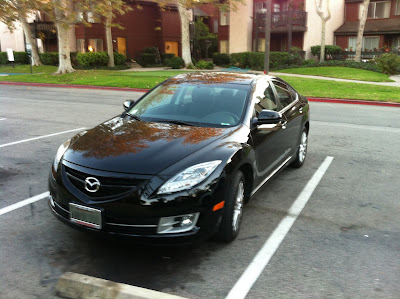 Since I recently paid tribute to my trusty ol' Mazda MX3, the first car I purchased with my own money back in 1993, I thought it was only fitting to show off the vehicle that I replaced it with—a 2010 Mazda 6!

So far, it's been great fun to drive, as evidenced by the fact that any excuse to run an errand in it is fine with me. It helps that we got a higher trim that's fairly loaded, with standard moonroof, iPod connector, and Bluetooth. My wife had initially encouraged me to purchase something that was sporty and zippy that would be fun for me to drive. Though that was a consideration, I actually wanted a sedan that was a practical alternative on long trips to our current primary family vehicle, a 2002 Subaru Forester. The 6 is definitely a more grown up car—I call it a "middle-age mobile"—but it's still sporty and more distinctive than what I thought was the more pedestrian and popular choices of the Camry/Accord/Altima lines that are in the same vehicle class of mid-size family sedans.

It's a long story, but I ended up purchasing the vehicle through CarsDirect, doing a lot of my initial research at that site as well as at Edmunds. I highly recommend the convenience and relative low stress of purchasing through CarsDirect—it required no negotiation, no fees or deposit, and I purchased the vehicle exactly at the price my extensive research had found was a fair deal, taking into account factory-to-dealer incentives and other rebates at the time of purchase. After entering the vehicle's make, model, trim and options online, the site automatically generates the price CarsDirect can get it for—my CarsDirect rep founded it within 30 minutes of our conversation at the price that had been promised online. (Taking into account that this is a vehicle that there was plenty of good inventory on.) In fact, it was these incentives that brought the higher trim into my price range—I got the car about $4500 below MSRP (and $3000 below what the dealer had offered). The dealier even delivered it for free from about an hour's drive away across L.A. freeway traffic. 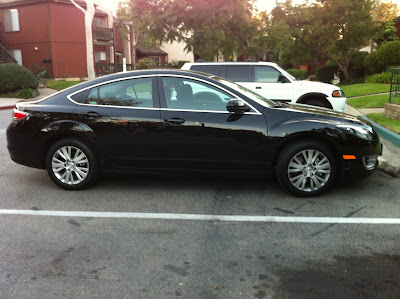 I must admit, it's taken awhile to get used to driving so much car, going from my MX3 and a stick-shift Miata convertible, which is our third vehicle (the Subaru has always been easy to drive from day one). The 6 is roomy and a cushy ride—it feels like a luxury vehicle but certainly didn't cost as much as one!

Contrary to what some people have assumed, I didn't purposely set out to get another Mazda, but the 6 turned out to be my top choice (along with the popular but slightly smaller Mazda 3) after my research and test drives. Also on my short list were the 2010 VW Jetta and the 2011 Hyundai Sonata.

Let's hope it lasts as long as my MX3! Though it's been nice having no car payments for the past 6 years, this was way overdue and it's nice to have a car with 21st century amenities! 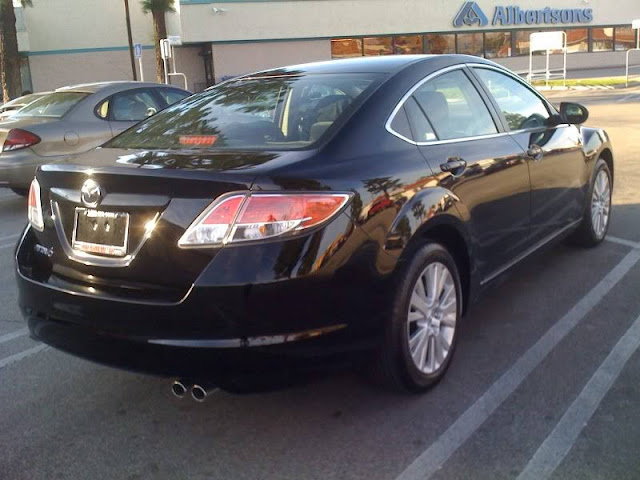 Below: Old car and new. 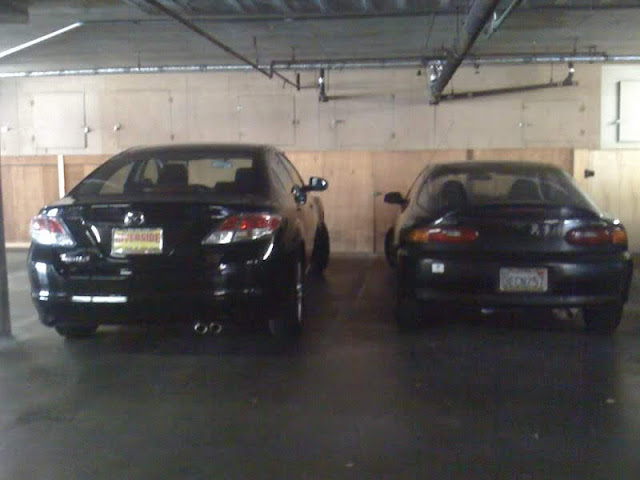 You'll Believe a Boy Can Fly

A new production of "Peter Pan" that originated in England on the grounds that inspired the play is now touring the U.S. and currently playing inside a special temporary facility at the Orange County Performing Arts Center. The show runs through January 2, 2011.

On the one hand, the new production appears to go back to the roots of the original show, eschewing the well known Disney version as well as the route most traditional productions have taken by casting a woman as Peter. In this show, all of the children’s roles are played by adults playing young. 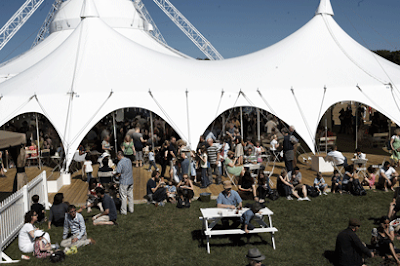 On the other hand, however, the production attempts to reinvent the show by creating a Cirque du Soleil feel. The show is mounted inside a specially-designed tent that offers a theater-in-the-round experience and a 360-degree screen around the top of the tent that uses moving CGI images to create backdrops for the show, complementing the traditional props and stagecraft. The projected images also evoke a moody atmosphere as well as some nifty flying effects—while the actors hang from the ceiling in harnesses, IMAX-like projections provide a moving CGI landscape that creates a sense of flight and movement.

This production is clearly intended to appeal to adults as much as to the children—indeed, there are a few moments in the show that some sensitive and very young children may find intense. In Captain Hook’s first scene, for example, he dispatches an insubordinate henchman on his pirate crew by explicitly cutting his throat. Although there’s no blood, the deed is explicitly performed in full view of the audience. Similarly, when Tiger Lily goes into an interpretive dance to thank Peter for saving her life, it’s surprisingly provocative and even sexual, presumably an enticement for Peter to grow up (in the end, Peter is puzzled and disinterested). In addition, in this production, the children are a bit more wild and unruly than usual—bordering on Lord of the Flies territory—while clearly yearning for love and order in their lives, which they look for by asking Wendy to be their mother. Only Peter, in the end, is adamant to never grow up. 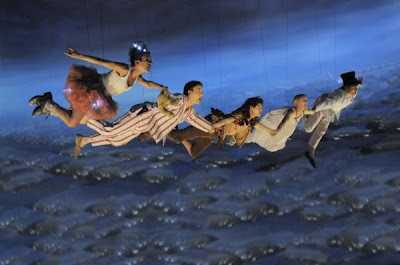 Tinkerbell is also completely re-imagined in this production. She is a fairy with attitude, often jeering and mocking the others, especially Wendy who it cannot be overstated Tinkerbell really dislikes.

In addition to the modern special effects, however, the production makes clever use of old-fashioned stagecraft, making it a great introduction to the magic of theatre for children and their parents. There are several animal characters in the production, including Nanna, the sheepdog, and of course the crocodile who is Hook’s bete noire. They are played by puppeteers who work in plain view of the audience on stage, but whose work still successfully creates a sense of awe and wonder. The crocodile is particularly a crowd-pleaser, made up of wire and dressing, which two puppeteers propel around stage with their feet as they sit inside the contraption, with an animatronic head that the front puppeteer controls with effective and lifelike movements.

Some past reviews of the show note that the reimagined production lacks true spark and especially heart. While in retrospect I agree with this to some extent, the spectacle of the presentation and stage effects serve to overcome these shortcomings. While all the performances are good, as expected, the role of Captain Hook, played by Shakespearean actor Jonathan Hyde (who, of course, also plays the children’s vain and not very sympathetic father), is a scene stealer. In retrospect, the show really emphasizes both the innate need for love and nurturing, and the importance of the mother-child bond, as well as the bittersweet inevitability of growing up.

For more information about the show and tickets, visit the production’s official website.
at 6:45 AM Posted by Randy @ WCG Comics 2 comments