Up Next from WCG Comics.... 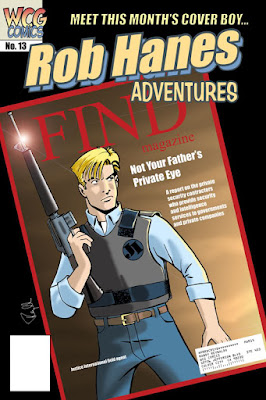 I know it’s been awhile since the release of either an update or a new issue of Rob Hanes Adventures from WCG Comics, so I’m pleased to report that the series is now getting back on track!

Issue 13 will feature a brand new tale, “Crime Takes a Holiday.” In the adventure, Rob travels to the French Riviera for a much needed vacation but discovers that crime rarely takes a rest!

Also tentatively on the docket at a later date is a special issue 0 of Rob Hanes Adventures that I hope will serve as a nice re-introduction to the character. Although it’s not a re-boot and doesn’t change any continuity or the basic settings of the story, it will be an attempt to update the back story a bit and re-introduce the character to a new generation of readers. It’s important to note that the series was initially introduced while the Cold War was still in full swing, so this is something that’s a bit overdue.

I’ll release more details about lucky issue 13 and the planned issue 0 as they become available!

I’ve updated the WCG Comics website a bit to add a slideshow of news items and images to make the site a bit more visually interesting—it appears to be all the rage! 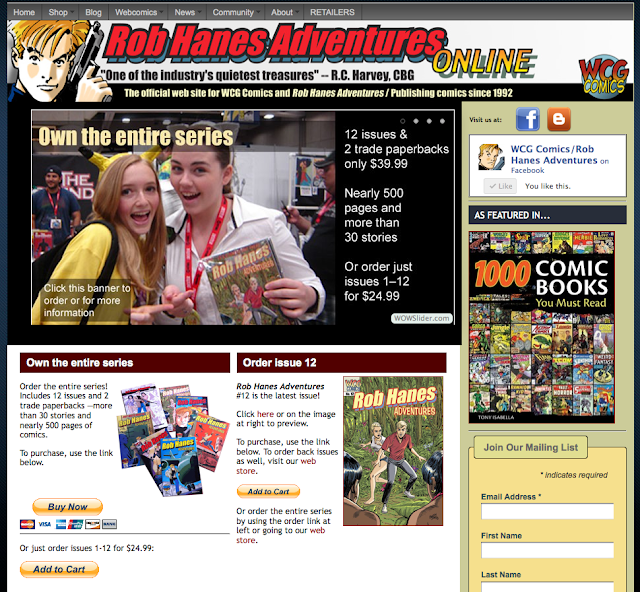