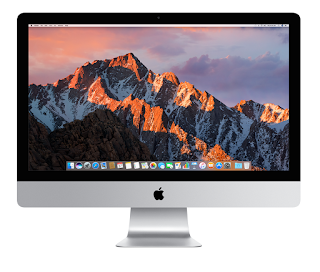 Got a new iMac, though not under the most ideal circumstances—a few weeks back, my 2009 iMac crashed and would not start. Worse, I was several pages deep into the next issue of Rob Hanes Adventures and lost all the work. (Yes, I back up my files—in fact, multiple backups as a failsafe—but for some reason had not done so the previous weeks and did not do so for this newest issue (aside from the cover, thank goodness. All it would have required is just dragging/copying the file onto one of my external backup drives. Sigh.)

I took the machine to a Mac repair shop which told me that if the hard drive had indeed failed, it would cost about $400 for a new drive and anywhere from $250-450 to recover the data (if recoverable). Given the computer was purchased in 2009, I opted to purchase a new one; so the repair shop then got to work on recovering the contents of the failed drive. A few days later, I learned that they had actually recovered the main folders I needed – but after the data was transferred to my new computer, I immediately checked the drive while still in the shop and sadly discovered that the specific folders containing the newest issues were missing. Otherwise, I’d say about about 90% of my data was recovered—but, as I said, most of this older data had already been backed up.

I had been thinking about purchasing a new computer for the past year or so anyway, but since my iMac was customized exactly the way I needed it—complete with Parallels Desktop to run Windows XP in the background so that I could access a large-size scanner that only worked with Windows and to run CorelDraw, a graphic design application I use to letter my comics—I was in no rush to reinvent the wheel by having to reconfigure a whole new computer.

Once I decided to get a new iMac, I moved quickly—one evening, I ran down to a local Best Buy but learned they were out of the model I wanted. I'm equi-distant between two Best Buys and, after checking their stock in the system, the salesperson told me that the other Best Buy had several in stock. But of course when I went to the second store, I found out this was not the case. (I’m glad I declined the first store’s offer to purchase it before I went there!) So I simply went home, ordered it online from Apple and paid $20 extra to have it delivered to me the next day. (I opted against going to a local Apple store because 1) the three stores I know of aren’t super close to to me and 2) I didn’t relish the idea of having to lug the new computer through a mall and parking lot. (BTW, I sadly dropped off the old iMac at a recycling facility for hazardous waste—but have the old hard drive, along with some other older ones, stored at home to protect the data.)

I forgot how fairly easy and straightforward it is to set up a computer today—the old days required a lot of cables and configuration. Here I just plugged it in, turned it on, and it was ready to go—though of course I had to install and configure software. 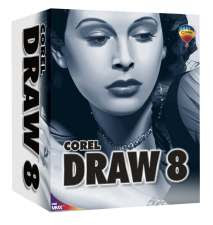 My biggest concern were my graphics packages, including Adobe Creative Suite (Photoshop, Illustrator, InDesign and Dreamweaver), which have since moved to a monthly online subscription model. I was happily surprised to discover that not only did I find the original installation files saved on my backup drive but, perhaps more importantly, found that I had the wherewithal several years ago to save the serial number needed to activate the installation! Once I found these pieces, I was able to re-install the entire suite and discover it worked in the new operating system! Whew!

What also saved my bacon were the workarounds I found for the scanner and CorelDraw. For years, I had searched online in vain for Mac drivers for my scanner, but in a search just prior to purchasing the new computer, I discovered a third-party developer that offered a Mac driver for the scanner! What another relief.

As to CorelDraw, Adobe Illustrator has always been the most comparable application—in fact, Illustrator is the de facto standard among many graphic design professionals. Though I have always used Illustrator to some degree and was fairly familiar with it, I have always found CorelDraw to be a little more flexible and more compatible with my needs. But beggars can’t be choosers—so even though I still search for a way to run CorelDraw on my iMac (short of having to re-install Parallels Desktop along with a Windows operating system), I’m making do and have become resigned to getting along with Illustrator (for now).

So, aside from the disheartening experience of having lost those early pages (which I had to re-construct from memory), I’m back on track with the next issue of Rob Hanes Adventures!


BELOW: Page 1 from ROB HANES ADVENTURES #19 (without lettering) — one of five pages I had to re-create when I lost the original files when my computer crashed. 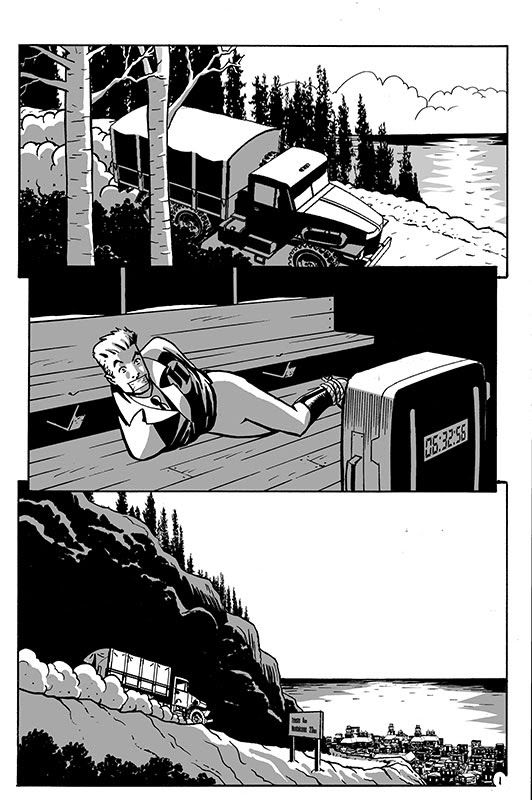