Another Year, Another Comic-Con

Email ThisBlogThis!Share to TwitterShare to FacebookShare to Pinterest
Well, another San Diego Comic-Con is safely behind us. After striking down the booth, my booth helpers and I had our usual post-convention dinner before heading our separate ways. I arrived in L.A. late Sunday evening, and dutifully unloaded the car when I got home rather than wait until morning.

It'll take me a few days to recover and figure out the damage before I post my usual convention report, but until then, here are a few photos.... 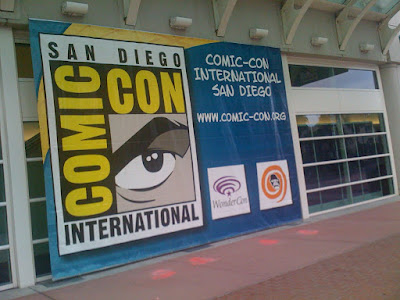 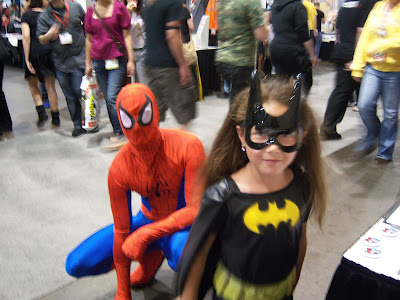 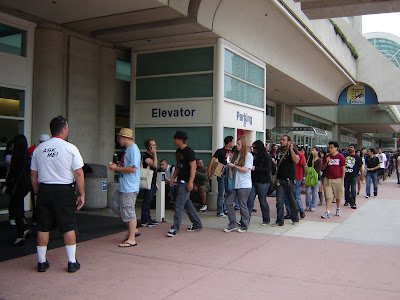 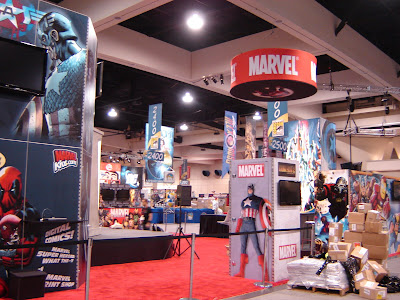 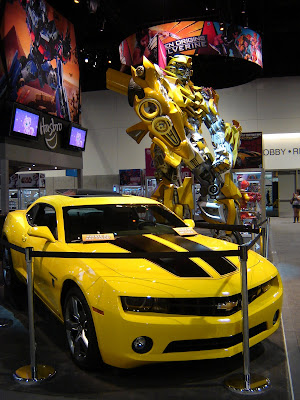 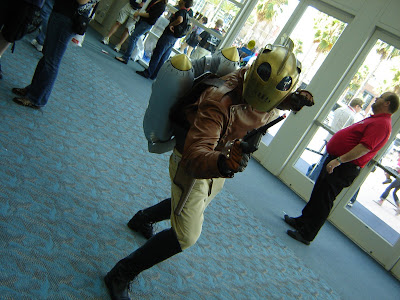 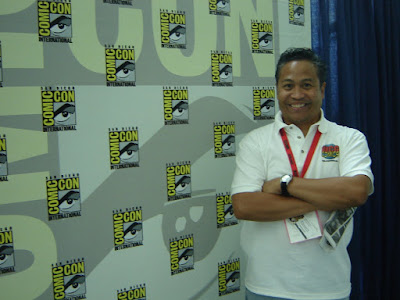 SEE YOU IN SAN DIEGO!

Email ThisBlogThis!Share to TwitterShare to FacebookShare to Pinterest
Visit WCG Comics at the San Diego Comic-Con 2009!
Booth S14 in the Small Press Pavilion
(off of Aisle 1400, Exhibition Hall B1/B2) 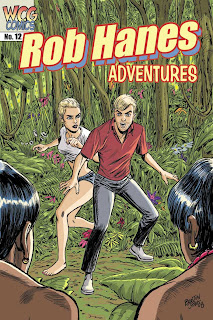 Be sure to visit BOOTH S14 in the Small Press Pavilion in the main exhibitor's hall (row S against the wall on the west side of the building, off of aisle 1400).

As noted in earlier posts--
I hope to post comments and photos from the show! Stay tuned, and stop by my booth if you're there!
at 9:46 PM Posted by Randy @ WCG Comics 0 comments

Email ThisBlogThis!Share to TwitterShare to FacebookShare to Pinterest
Visit WCG Comics at the San Diego Comic-Con 2009!
Booth S14 in the Small Press Pavilion
(off of Aisle 1400, Exhibition Hall B1/B2)

This likely is my last post before the beginning of the San Diego Comic-Con....

I write this as I begin the task of packing my supplies and product for the show. As I have mentioned in past posts, I'm now an old hand at this and have kept notes and created checklists to make sure I don't forget anything. Of course, I still manage to forget one minor odd-and-end, though usually not anything major; I've actually had dreams where I have forgotten to bring my most current issue to the show and have had to drive back to L.A. in a panic to retrieve them!

In addition to debuting Rob Hanes Adventures #12 at the show, I'll be debuting the pin button you see above. It will be available for free with any purchase!

Anyway, if you're planning to be at Comic-Con be sure to stop by and say hi!

I hope to post some pics and some reports during the show and, of course, will do my usual post-Comic-Con report and photo gallery afterwards.

See you in San Diego!

Email ThisBlogThis!Share to TwitterShare to FacebookShare to Pinterest
Visit WCG Comics at the San Diego Comic-Con 2009
Booth S14 in the Small Press Pavilion
(off of Aisle 1400, Exhibition Hall B1/B2)

Every year I try to contribute a piece to the souvenir program of the San Diego Comic-Con. (My contributions from 2008, 2007, and 2005 are still available online honoring, respectively, the 25th anniversary of American Flagg!, the centenary of Milton Caniff, and Will Eisner.)

This year, I chose the 75th anniversary of 1934 as my theme—1934 was the year that saw the debut of classic strips like Flash Gordon, Jungle Jim, Little Abner, Mandrake the Magician, Red Barry, Secret Agent X-9, and Terry and the Pirates, and is considered a watershed year for the newspaper adventure strip. As you can see, I took full advantage of the fact that the program accepted art contributions in full color for the first time.

(Click on the image to see it full size.) 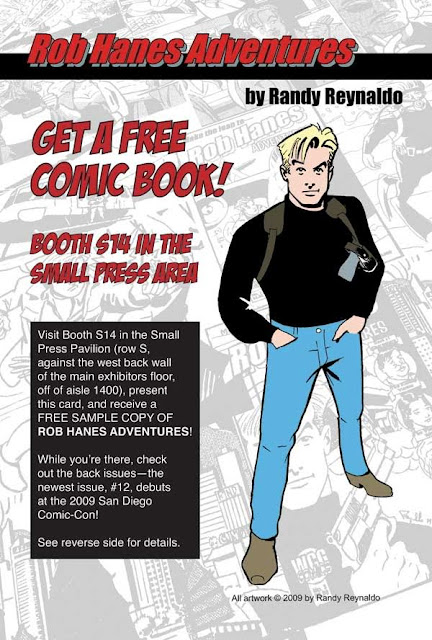 Randy Reynaldo, writer-artist of the long-running indie small press title, Rob Hanes Adventures, will make his 12th appearance at the 2009 San Diego Comic-Con, scheduled this year from July 23-26. Randy and the WCG Comics crew will again be in BOOTH S14 in the Small Press Pavilion of the main exhibitor's hall (row S against the wall on the west side of the building, off of aisle 1400). This year marks Randy’s 12th appearance at the show as an exhibitor.

Randy will have the newest issue of his action-adventure series (#14) available at Comic-Con. In the issue, Justice International agent Rob Hanes is hired to extradite a beautiful felon back to the U.S., and becomes stranded with her on a desert island in the Pacific after their plane goes down. Cover by guest artist Benton Jew. Preview pages from the issue are available at https://photos.app.goo.gl/dmzMZ8cDEN9qMTiEA.

In addition, Randy will have FREE sample issues of the series available at the show. Pick up one of the promotional cards at the show or simply visit the booth to pick up the issue and check out back issues.

Launched in the early 1990s, Rob Hanes Adventures is one of the longest running independent titles still being published. Following the exploits of a modern-day soldier of fortune and spy-for-hire who works for worldwide Justice International, the series takes a serio-comic and modern-day approach to the classic high adventure strip genre, reinventing and making it fresh for modern audiences. Fans of classic comics like Terry and the Pirates and the Spirit, or of current spy fare like Danger Girl, will enjoy Rob Hanes Adventures. Every story is self-contained in each issue. For more information about WCG Comics, visit the company's website at http://wcgcomics.com.

Pictured above: Front image of the promotional postcard that will be distributed at the San Diego Comic-Con.
at 5:00 AM Posted by WCG Comics 0 comments

As I write this in July, it's now only 20 days until the San Diego Comic-Con (SDCC)!

I'll be doing my usual flurry of reminders and announcements leading up to what is generally recognized to be the biggest comic-book show in North America.

(And as mentioned above, we'll once again be in Booth S14 in the Small Press Area of the convention. This is my 12th official appearance at the show as an exhibitor, though I have attended nearly every year (except the year I was married) since the mid '80s.) 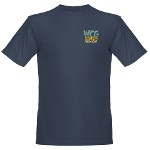 And since I'm doing a plug here, I thought I'd also remind people that I maintain a CafePress site where you can get T-shirts and other paraphernalia with the WCG Comics and Rob Hanes Adventures logos!

In future posts, expect to hear what's in store at the WCG Comics booth during the convention—and to see my full-color submission to this year's Comic-Con souvenir program!
at 7:03 PM Posted by Randy @ WCG Comics 0 comments