In conjunction with its release on DVD, the film Grand Prix (1966) has been on rotation on Turner Classic Movies (TCM), which I finally caught in its uncut, widescreen glory.

Grand Prix is one of those sweeping epic, widescreen films with an international scope and cast. The story follows the intertwined lives of several rival Formula One race drivers over the course of a racing season. The international cast includes James Garner, Yves Montand, Jessica Walter, Eva Marie Saint, and even Toshiro Mifune.

Prior to its recent release, I frankly had never heard of the film, and caught it simply by accident on TCM. But I was instantly mesmerized by the extended high-testerone race sequences which employ a wide variety of film techniques and angles -- split screen, extreme perspective wide angle shots, etc. -- to convey the sense of speed and danger for audiences. Though I don't have a particularly interest in car racing or stunt driving, the driving sequences nevertheless are quite thrilling--I can see why some people call this the greatest car race movie ever filmed. And as a comic-book storyteller, I am always interested by innovative ways to convey movement and speed.

James Garner plays Peter Aron, the sole American Formula One driver in the circuit (which of course makes him the de facto lead in this Warner Bros. film). Aron finds himself briefly blackballed after he is blamed for causing a crash during a race that seriously injures a fellow driver. Aron also becomes involved in a love triangle involving the injured driver and the injured driver's estranged wife. The movie also follows the growing relationship between a French race car driver played by Yves Montand and an American journalist played by Eva Marie Saint, as well as the recovery of the injured player who is anxious to return to the racing circuit. The movie also explores the danger and fears faced by the drivers, as well as the complicity of spectators and the media in morbidly awaiting for a crash to happen.

Frankly, the storyline itself is pedestrian, melodramatic, and not very well scripted (or even acted): the real star of the film are the racing sequences. These are well choreographed and, surprisingly (and fortunately), take up a lot of screen time. I also was particular impressed by the fact that each race is presented in a distinct manner, as different as the courses featured in each race. 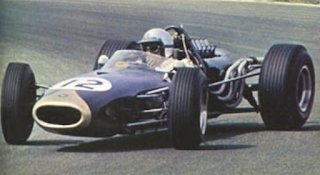 (The actors did all their own driving, and Frankenheimer filmed them going actual speed, refusing to speed up the film for the movie; while Formula One race drivers apparently drive at about 180 miles per hour, the actors were apparently driving at speeds of 120-130 mph in the film. Tragically, 9 of the 32 actual professional Formula One drivers used in the movie were dead from racing accidents within a year of the movie's release; 21 were dead by 1980. Interestingly, when looking up the film on IMDB, I noticed that George Lucas--who was very much into fast cars and drag racing--is listed as an "additional camera operator"!)

The innovative cinematographic style used to convey the speed of the cars in the movies can still seen today in videogames and other films (like Disney's recent Cars).

Even more remarkable is the fact that Frankenheimer near the end of his career showed he still had the touch: more than 30 years later, he directed the film Ronin with Robert DeNiro (1998) which features a similar European setting and sensibility, and thrilling, cutting-edge high-speed stunt driving that has made the movie a minor cult film (and a personal favorite of mine).
at 11:58 PM Posted by Randy @ WCG Comics