Geeks come in all stripes... 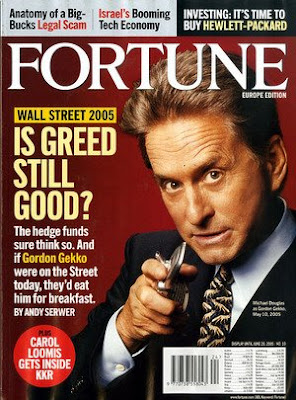 About a month ago, I finally began paying attention to my finances. Now that I have a family with children and assets (my wife and I became homeowners back in 2002, fortunately a few years before the housing market went bust), I realized we needed to think about our financial security.

This always was on my radar. Years ago I purchased a Personal Finance for Dummies book to help me understand what I needed to do to procure a mortgage. And I actually read the business sections of magazines and newspapers regularly, a habit I picked up in grad school. Nevertheless, the world of high finance, investments, stocks, mutual funds, etc., always remained a bit of a shrouded mystery to me. However, driven initially by self interest, I embarked on a crash course in educating myself on the subject online (thank goodness for the websites like the Motley Fool), and began looking at my own financial picture.

The first thing I realized was that the money sitting in my neighborhood brick-and-mortar bank—as well as a retirement IRA account I had allowed to turn over year after year in a CD account—were generating criminally low, virtually non-existent returns in interest. (Though I'm sure the banks were making good money from them.)

The result? In the span of about a week, I dumped most of my savings into higher-yielding online savings accounts (a small balance I knew I wouldn’t touch over the next year went into an online CD account with even higher interest); transferred my IRA funds into a brokerage investment account; met with a financial consultant who helped affirm that my new-found financial knowledge and sense was actually sound; opened a 401k and created an investment portfolio for it, and created an automatic savings plan to make sure I invest money into it each month; and did the same for my wife who coincidentally had just been promoted into a new position that allowed her to open a 401k plan with matching funds from her employer. And, of course—no doubt to the annoyance of my family and friends—I’ve begun dispensing financial advice to anyone who’ll listen.

Many artists read this blog and there’s the old adage that artists have terrible financial sense. I don’t think that’s necessarily true, but I thought I’d mention this here as a reminder of how important it is to prepare for one’s future, especially since no one else will do it for you! Numerous reports have appeared recently that indicate that most people, particularly baby boomers, are at risk in their old age since they have not adequately prepared for their retirement. I attribute this partly to the surprisingly little formal financial education people receive in their youth. I’m kicking myself that I had not started this at least 10 years ago (even at that time I would have been starting late), but better late than never! I’ll just need to play catch up. Hopefully, this is something I’ll be able to impart to my children when they enter adulthood themselves.

Surprisingly, after demystifying for myself to some degree the world of finance, I have found it to be quite exciting and fascinating. As a result, I’ve become quite the financial geek. I read the business section with new understanding—though one has to be careful because as any financial expert will tell you, tracking the stock market on a daily basis and following its up and downs is a fool’s game since you are supposed to be in it for the long haul and keep your eye on the big picture. It’s also important not to get too caught up in chasing money for the money’s sake. What’s important is the peace and happiness that financial security will hopefully provide you in the future. If anyone wants some advice on starting out, feel free to contact me!
at 10:36 PM Posted by Randy @ WCG Comics