Email ThisBlogThis!Share to TwitterShare to FacebookShare to Pinterest
Two recent though completely unrelated passings occurred recently that I felt compelled to comment on…. 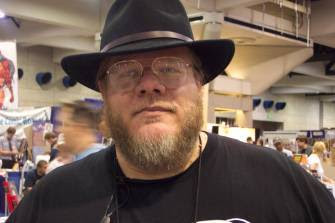 The first is Rory Root, owner of Comics Relief, a comic-book store in Berkeley, California, who passed away May 19, at the young age of 40, following health complications after a surgery for a ruptured hernia.

While I can’t say I knew him well personally or was aware of the full breadth of his accomplishments, I know Root was a respected and successful retailer who was known nationally, and he was strong proponent of small press comics like my own. During the few times I would stop to say hi at his booth at the San Diego Comic-Con, I always was impressed that he remembered me and my work. He was encouraging when he didn’t have to be and he walked the walk by carrying my books. His store’s booth at the San Diego Comic-Con for years was one of the main anchors and landmarks at the show, so he was a very visible presence there. His passing was a surprise, and he’ll be missed. (For a detailed remembrance go here.) 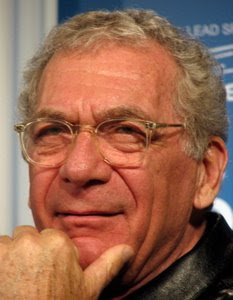 The second and more recent passing is of director-actor-producer Sidney Pollack. Pollack’s work is fairly well known, so I won’t go into detail about his career which is nicely covered by buddy Bob Westal’s Forward to Yesterday blog.

As Bob mentions in his blog, Pollack’s Three Days of the Condor is one of my favorite films of all time, and he was involved in directing or producing many other notable films, including Tootsie and Sense and Sensibility (executive producer). (I saw Sense and Sensibility in a test audience preview in Santa Monica back before it was released, and my now-wife and I were chosen to stay behind with 10 people for a focus group discussion on the movie. Pollack sat in the back of the theater listening in! I hoped to tell him that Condor was one of my favorite movies of all time when I left the theater, but unfortunately they pointedly escorted us out another aisle when the focus group ended.)

While many people will rightly focus on his work as a director, I’d like to praise his fine work as an actor. Pollack has said that he got into directing because he realized he wouldn’t succeed as an actor. Perhaps he meant as a leading men, because on those times he was on screen, he usually managed to shine and often stole his scenes. His work on Tootsie, as Dustin Hoffman’s character’s harried agent, is well known, but as evidence of his talent, I always like to point to his work in Eyes Wide Shut, where he managed in one very small scene to be the one bright light in what otherwise was a very moribund and lackluster film—Pollack was the only actor in the film able to bring life and energy to the movie. He brought similar humanity to a supporting role in last year's Michael Clayton. Most notably, though Pollack certainly was probably one of Hollywood’s true deans of the industry, he also seemed to retain the aura of being a real mensch, which in itself is quite an accomplishment—and that's probably what came through in his work. Rest in peace.