Remembering the Legacy of Will Eisner 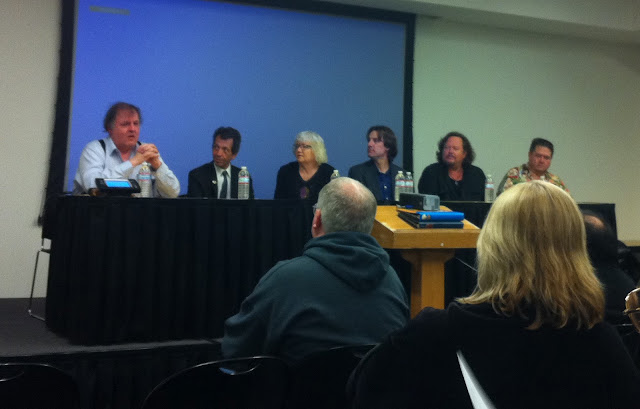 Last week, I had an opportunity to attend a panel discussion about the legacy of cartoonist Will Eisner. The discussion was organized by the Cartoon Arts Professional Society (CAPS), a Southern California professional cartoonist’s organization that I belong to. As pictured above from left to right, the panelists included Mark Evanier, Batton Lash, Jackie Estrada, Charles Hatfield, Patrick McGreal, and Scott Shaw!

While Eisner’s life is well documented now and I’ve written extensively about him myself, the discussion nevertheless found fresh ways to look at the cartoonist. Significant time was particularly spent on Eisner’s years outside the mainstream comics industry—from the early 1950s to the 1970s—when he headed the American Visuals Corporation to produce education comics for the U.S. military (where he produced the training manual, P.S. Magazine). 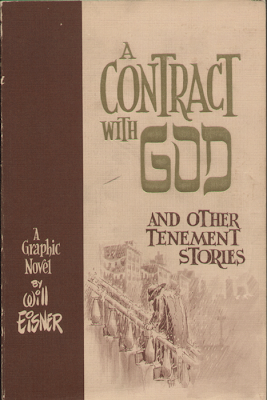 This interest came out of curiosity about why Eisner, whose work in his later years showed a passion for telling personal stories, spent so much time on education and military training manuals. (The evening included a slideshow of his P.S. Magazine work by Scott Shaw!) While no one came up with a definitive reason, various answers included the fact that Eisner found the work important and wished to demonstrate the ability of comics to serve a wide range of needs, not just tell superhero stories; the desire to break away from the restricted bonds of the mainstream comics industry; and, of course, the simple need to make a living for his family.

Though he was given many opportunities by the major comic-book companies, including DC and Marvel, to work for them, Eisner never looked back. He had little interest in either the business model or the kind of comics the companies published at the time. Eisner also craved mainstream legitimacy. Finding a “real” book publisher to release his first graphic novel—A Contract with God—was important to him. (A Contract with God and the rediscovery of the Spirit set the groundwork for Eisner’s subsequent personal comics work that lasted until his death in 2005, as well as for the graphic novel market.) The name of Eisner contemporary Harvey Kurtzman, who similarly found escape from the comics industry by working for Playboy magazine where he produced Little Annie Fannie for Hugh Hefner, was often invoked and provided comparison to Eisner’s goals.

It was a wonderful reminiscence, not just of the man but also of the artist’s continued impact and influence on the industry.
at 8:06 PM Posted by Randy @ WCG Comics