Email ThisBlogThis!Share to TwitterShare to FacebookShare to Pinterest
Photos from the event described below can be found here. 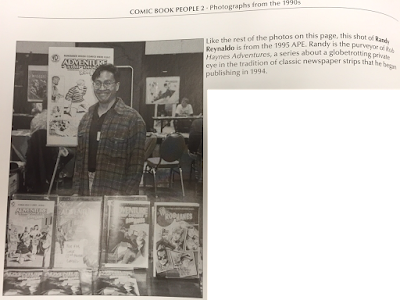 To celebrate the books, on Saturday, October 24, noted L.A. comic-book store boutique Meltdown Comics is hosting a book-signing/mini-convention and, at Jackie’s kind invitation, I’ll be there with a table along with many other industry creators and professionals! The show is from 2 to 6 p.m., at 7522 Sunset Blvd., Los Angeles. A flyer and announcement for the event is posted here.

For those who don’t know, Jackie is a comic-book publisher, writer and editor, and convention organizer. Affiliated with the San Diego Comic-Con for many years, she is the administrator for the Comic-Con’s Eisner Awards—known as the “Academy Awards of the comic-book industry—and co-publisher of Exhibit A Press, which publishes her husband Batton Lash’s long-running comic-book series, Supernatural Law (formerly Wolff & Byrd, Counselors of the Macabre). I’m proud to say that both Batton and Jackie are friends and longtime supporters of Rob Hanes Adventures. 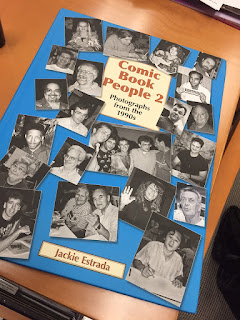 Jackie is well known and respected in the field, which has given her access to virtually everyone in the industry. Her massive archive of photos taken over the decades (mostly from San Diego Comic-Cons)—now digitized and printed in these books for posterity—provides a valuable historical photographic record of comic-book people that puts a face to the biggest names in the industry as well as to less well-known pros like myself. I’m truly honored to be included in the book and to have my tiny contribution to the field preserved for posterity. It was certainly a trip down memory lane to see people in the book who I know are still active in the industry as well as those who just passed through for a brief time and moved on to other things.

Anyway, I encourage anyone in the L.A. area on October 24 to come by and visit. In addition to Jackie, Batton and myself, there will be many other distinguished guests (see the flyer at the link above), which along with the many comics for sale at Meltdown should make the trip worth it! See you there!