Batman '66 and the Hollywood Museum 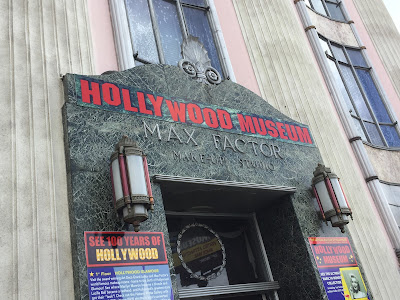 Earlier this month, some old college buddies and I visited the Hollywood Museum. I'd never visited before, though upon first hearing about it, I assumed it was a "tourist trap" given its location in the heart of Hollywood—so "heart" in fact that it's located at Hollywood and Highland, the location of the Dolby Theatre where the Academy Awards are held and just a half block from the old Grauman's Chinese Theatre (now TCL Chinese Theatre).

The specific occasion for this field trip was to see a "Batman '66" exhibition devoted to the 1960's Batman television show.

The museum is located in the historic Max Factor building, making the structure itself an icon of art deco architecture. (Factor, of course, was a famed Hollywood make-up artist who helped mainstream the acceptance of cosmetics and make-up.) Some of the original make-up rooms and equipment are re-created and restored in the building.

The museum is otherwise a shrine to Hollywood memorabilia. While classic Hollywood, of course, is well represented, films throughout the decades are featured, with temporary exhibits, like "Batman '66" intertwined among what I assume is the permanent collection. The museum is densely packed with artifacts, but nevertheless artfully displayed. 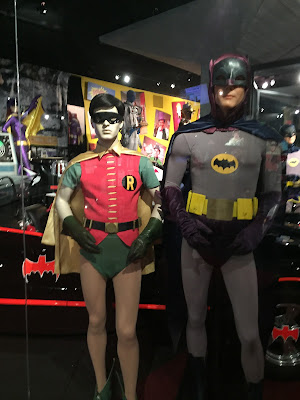 The "Batman '66" exhibition features costumes and props from the show, as well as collectibles, film clips, etc. For my friends and I, who were children when the show hit the air (or at least in re-runs immediately following its run), it was a great time to reminisce. A horror film exhibit was also on display on the bottom level, as well as exhibitions devoted to Marilyn Monroe, costume designers, etc. On top of that, the museum is surprisingly very affordably priced ($15 for an adult ticket).

By sheer coincidence, we visited the museum the day before this year's Academy Awards, when much of the area was already closed off to traffic. We saw parts of the red carpet, but otherwise foot and tourist traffic seemed fairly normal. Though my friends and I came from two different directions, we also decided to all take the L.A. Metro train to the area to avoid the hassle of traffic and parking. It helped that there is actually a Hollywood/Highland station on the line, so we were let off at close proximity to the museum. Other than that, the only real indication we were in Oscar season was the fact that when we decided to go to the famed Hollywood eatery, Musso and Frank's, we found a wait for a table to be inordinately long due to the fact that one room in the restaurant had been reserved for an Academy Awards film editors party that was underway when we arrived. We ended up going to another old Hollywood haunt, Micheli's,  founded in 1949, and billed as "Hollywood's oldest Italian restaurant." It turned out to be a great choice, the food was terrific.

Anyway, whether your visiting or a local, if you're a fan of the movies (and who isn't?), a visit to Hollywood should be on your itinerary and a stop at the Hollywood Museum recommended if you have the time.

To see the full photogallery, click here. Some photos from the gallery are embedded below. 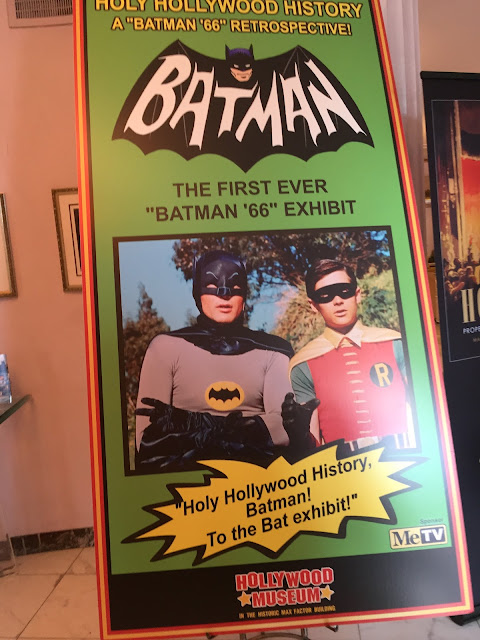 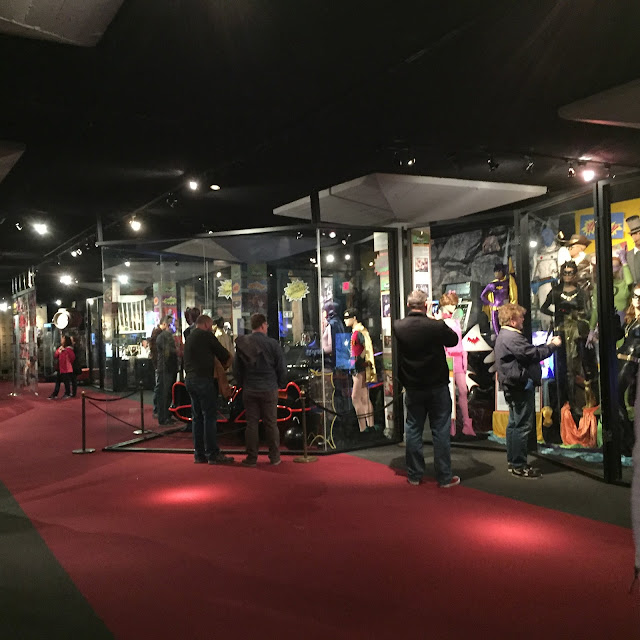 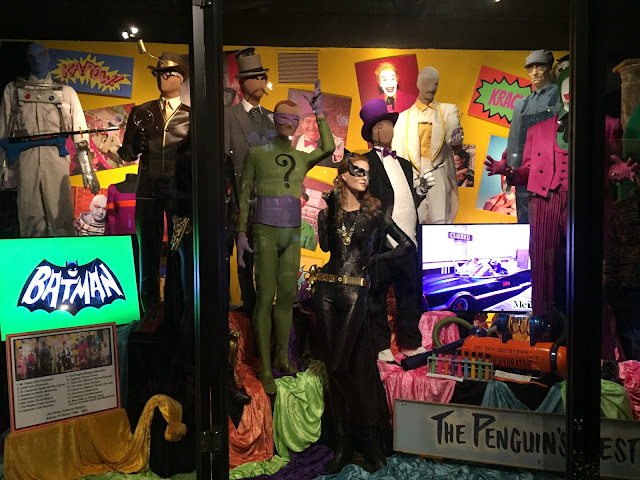 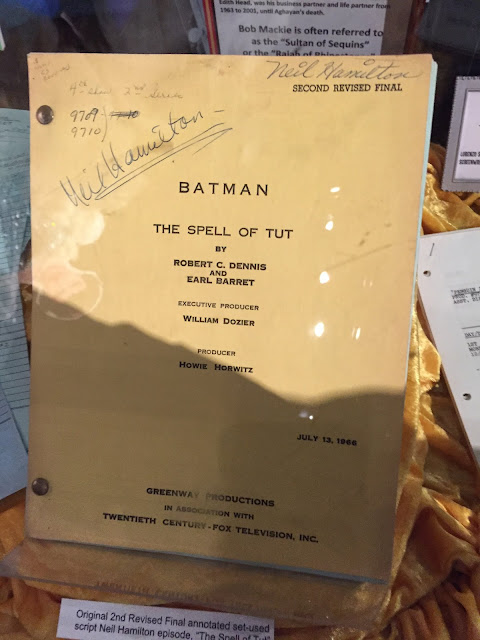 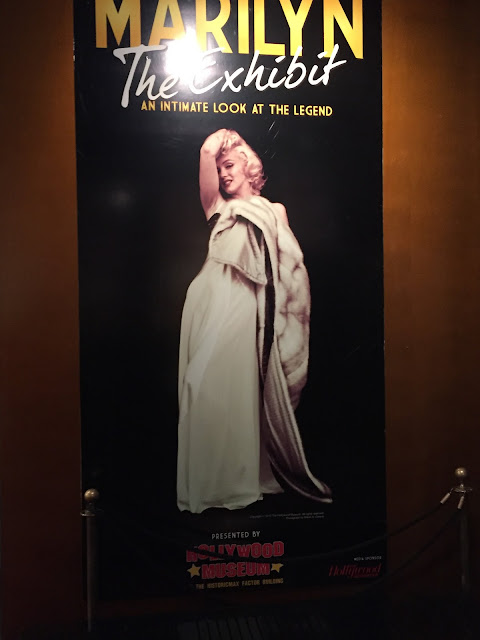 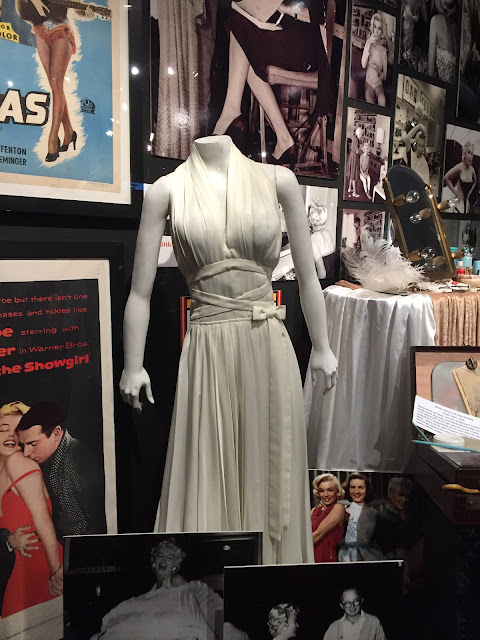 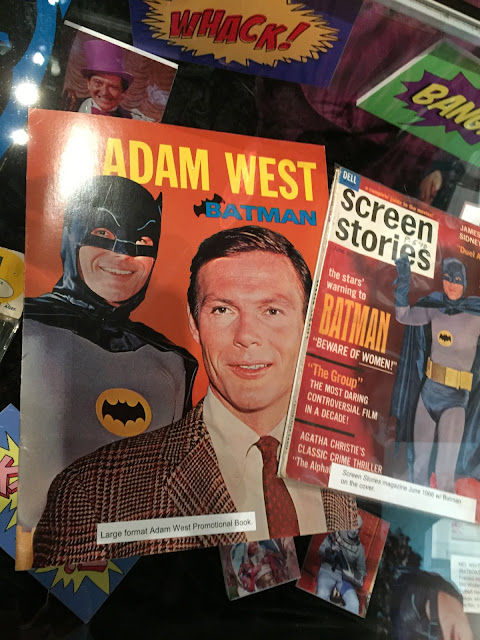 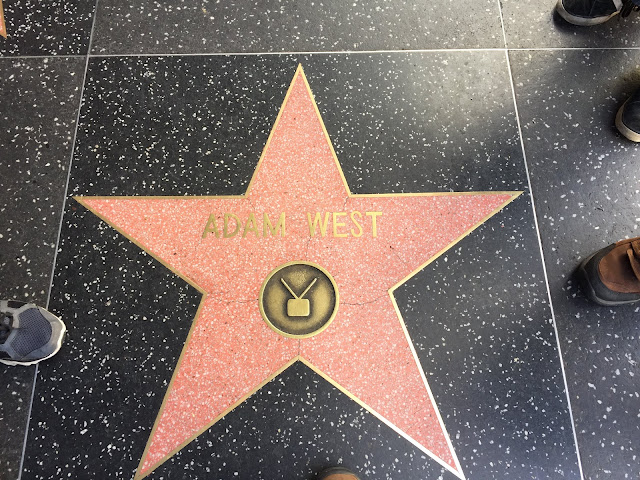 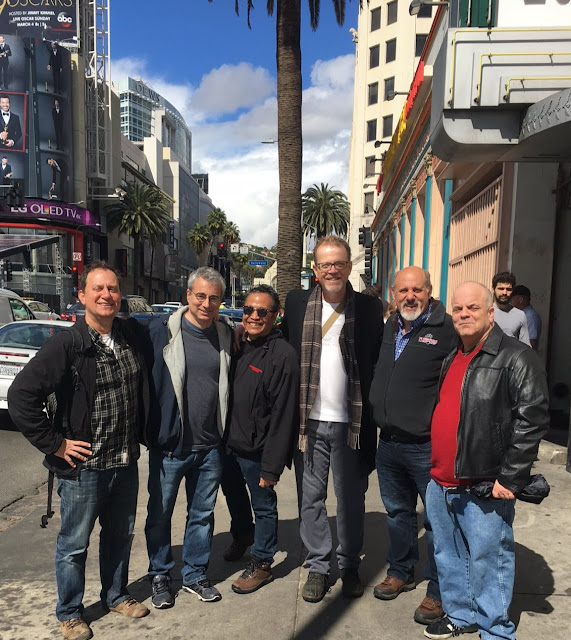