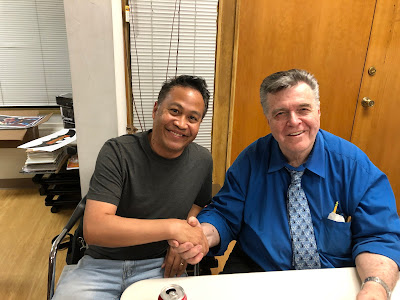 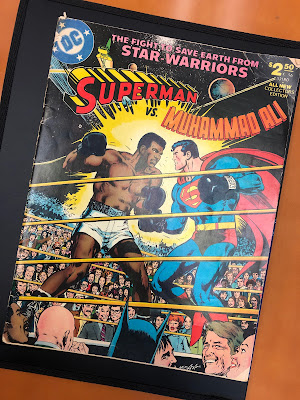 Absolutely one of the greatest and most respected comic-book artists of all time is Neal Adams. Anyone familiar with comics and its history will know him—if not, a quick introduction…

(I’ve previously written about him on my blog here, regarding 1978’s Superman versus Muhammad Ali comic-book. Though I intended to bring my copy, pictured at right, to the event for him to sign, I forgot it at home! When I first walked in and introduced myself, I mentioned this to him—we both laughed and I told him, “Next time!")

Adams is a pivotal figure in the industry, in that he was one of the artists who pulled comics into the modern era. He came into the industry at the perfect time, when radical change was needed. A shift had already begun in the early 1960s, with the debuts of the Fantastic Four at Marvel Comics and the modern-day version of the Flash at DC. Prior to that, comics had been in a period of doldrums—while remembered fondly by many (some feel it’s time for the pendulum to swing back), with some exceptions, comics generally had become too safe, fantastical and, in some cases, even silly. This was in large part due to the scare the industry had gone through during the early 1950s, following complaints (and Senate hearings) that comics had become too violent and inappropriate for children, and a cause of juvenile delinquency. 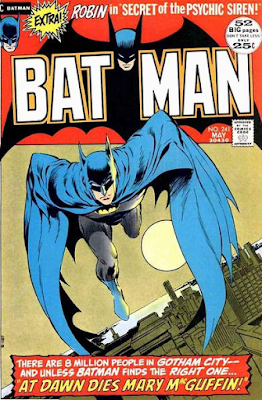 With these shifting winds, Adams came in and heralded a more mature, polished, more “photorealistic” style that readers didn’t realize they were yearning for, honed by his experience in advertising and newspaper strips (Ben Casey). While Adams is known for a diverse body of work, his influence is probably best defined by his sophisticated take of the Batman. Up to that time, the character was still in fantasy/children’s comics mode, a stereotype that for better or worse was further cemented in the public mind by the Adam West Batman TV show. Adams (and the writers he worked with) completely redefined Batman for the new age, with more realistic adventures and (for the time) more mature themes. While not quite the completely tortured, dark detective the character’s become in today's comics and films, his Batman was certainly the first step in that more complex direction.

Adams also was an early vocal advocate of artists' rights. He was among the first proponents for a union and was instrumental (along with fellow cartoonist Jerry Robinson) in getting recognition and a pension for the creators of Superman, Jerry Shuster and Jerry Siegel, who were both living in poverty when the Christopher Reeve Superman film hit theaters in 1979. Adams and Robinson shrewdly used the film's release as leverage to shame Warner Brothers, the parent company of DC Comics, into doing the right thing.

So of course you can imagine what a thrill it was to see and meet Adams at an event organized by local L.A. area cartoonists, at Adams’ new comic-book store, the Crusty Bunkers, in a building that also has served as the home office for his Continuity Studios West. Adams’ studio over the years has been involved in comics, advertising and animation; as those activities have wound down in recent years, Adams decided to open a comic book store/boutique in the space. 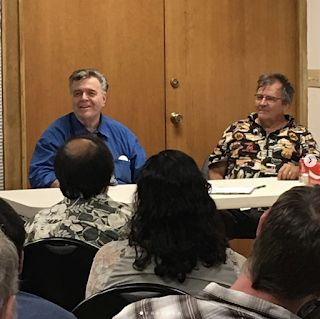 While I’ve briefly met Adams as a fan at conventions, this is the first time I’ve had an opportunity to meet him in a professional manner or setting. For this evening, Adams was the featured guest, graciously hosting the group at his new store. He talked shop with fellow professionals, fielded questions and regaled us with engaging and often hilarious stories and anecdotes from his career, often involving many well known comics industry giants he’s worked with over his storied career. Some of these stories have been told in interviews, and others are not for me to share, but Adams was always engaging and entertaining, and candid about himself and others.

As alluded above, Adams first tried to break into the industry at a moment of transition in the industry when everyone told him that the business “would be dead in a year.” He talked about wanting to break into comics while even in high school, where even his teachers (one of whom was a professional cartoonist) discouraged him.

Because of these "lost years," as he and others have noted, at one point when he started in the business, everyone was either five years older or five years younger than him, making him a bridge of sorts between the old guard of cartoonists and industry professionals and the new guard.

As a result, Adams had plenty of funny and juicy stories (and opinions) about comics pros who loom large in the history of comics, such as Mort Weisenger, Julius Schwartz, Robert Kanigher, Jack Kirby, Joe Kubert, Alex Toth, Frank Frazetta, and Stan Lee, as well as his contemporaries and some of the cartoonists who have followed, like Archie Goodwin, Murphy Anderson, Wendy Pini, and Dave Sim. He particularly had kind words about Jack Kirby and Stan Lee, acknowledging and talking about their role in revitalizing the industry in the early 1960s. 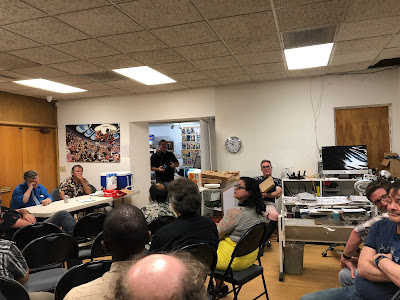 Above all, Adams is a student of the medium who appreciates those who came before him “on whose shoulders the industry was built.” Here he was not just referring to cartoonists but also great illustrators and artists like Alphonse Mucha and Norman Rockwell, noting that there would always be a section in his store where books about the great artists would always be available to be appreciated and remembered.

Though Adams could have kept going with a willing and captive audience, the evening eventually came to a natural conclusion—ever the gracious host, he invited people to take photos with him. This gave me a few moments to speak a little more with him. He was extremely kind and generous with his time, and clearly enjoyed being among fans and fellow professionals. 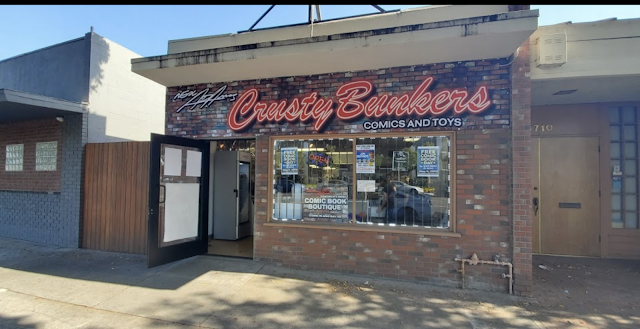 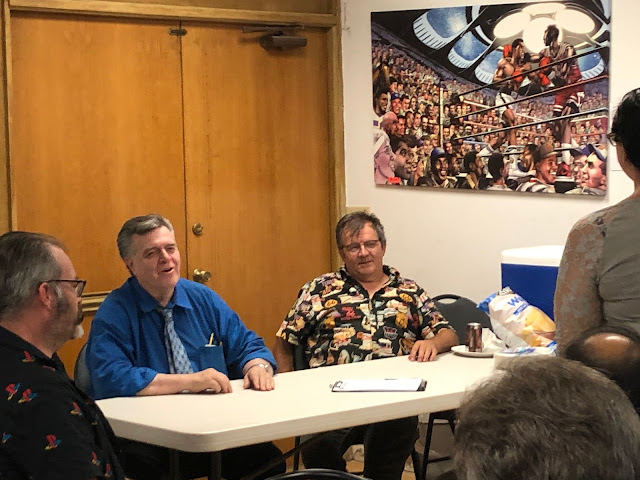 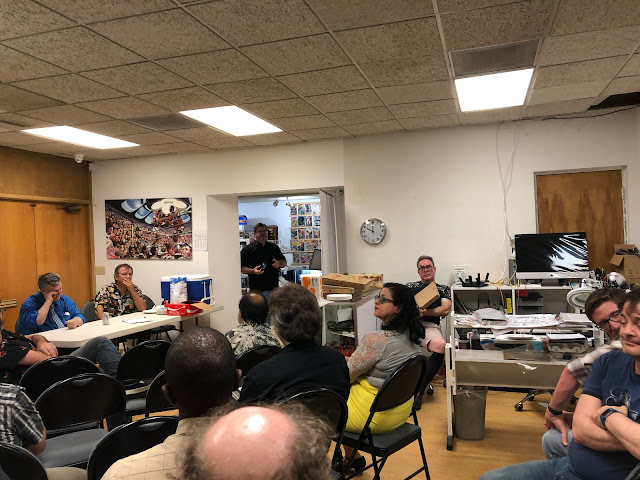 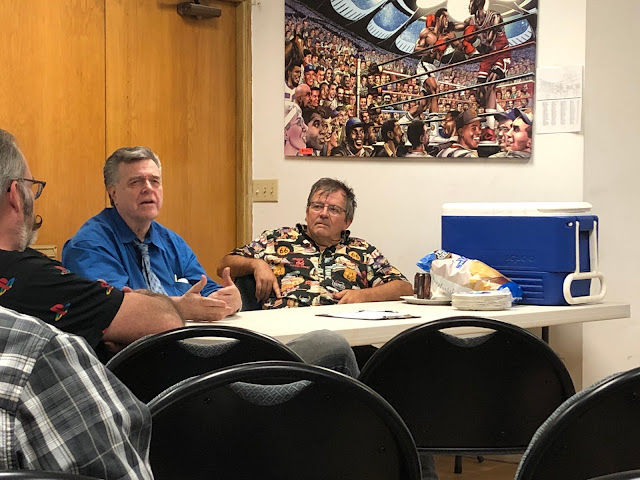 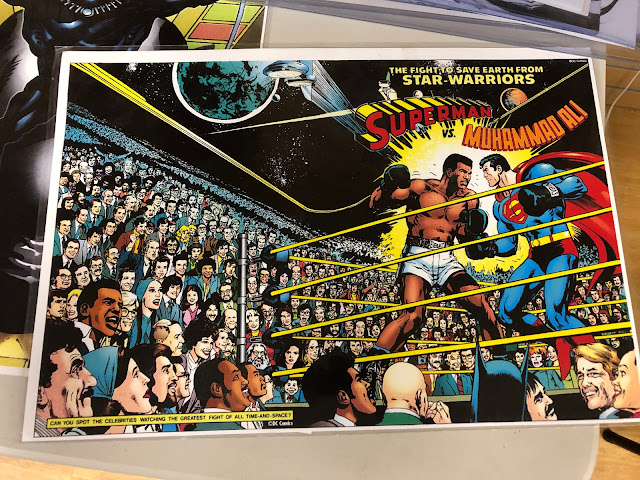 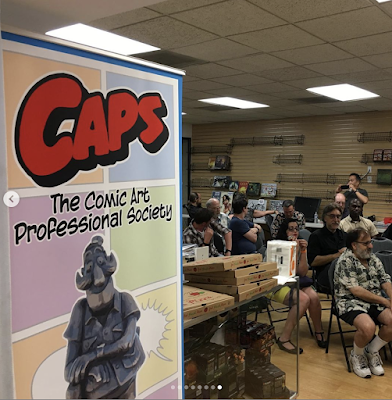 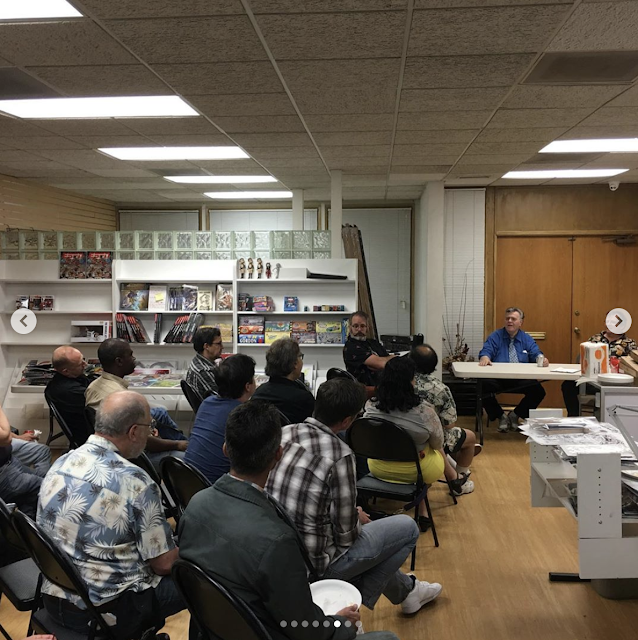 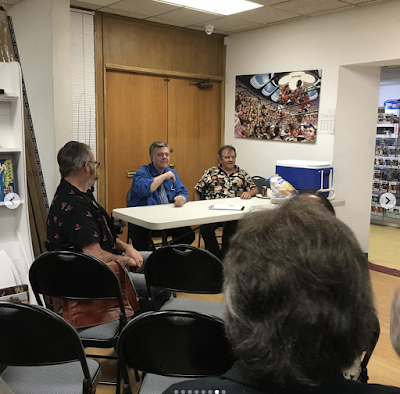 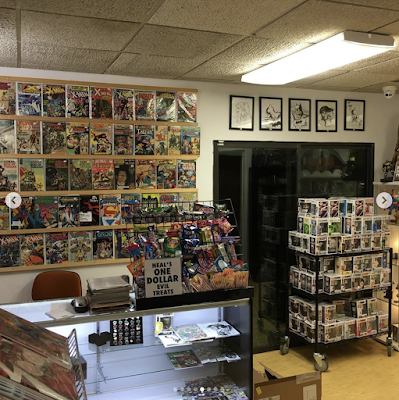 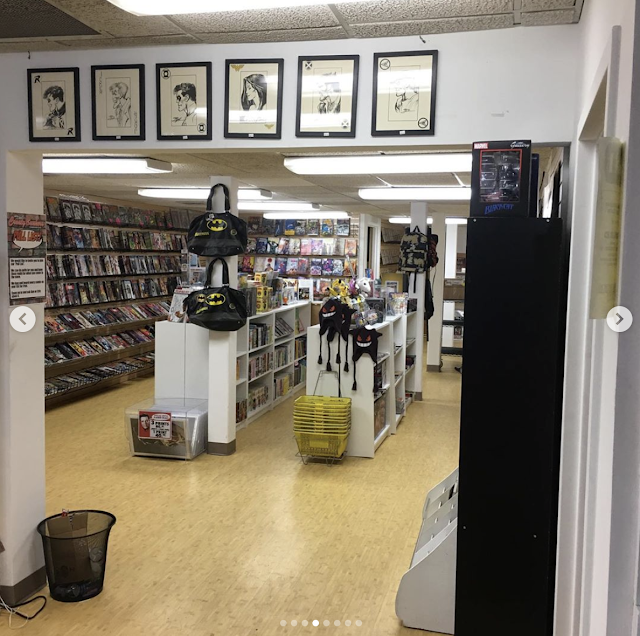 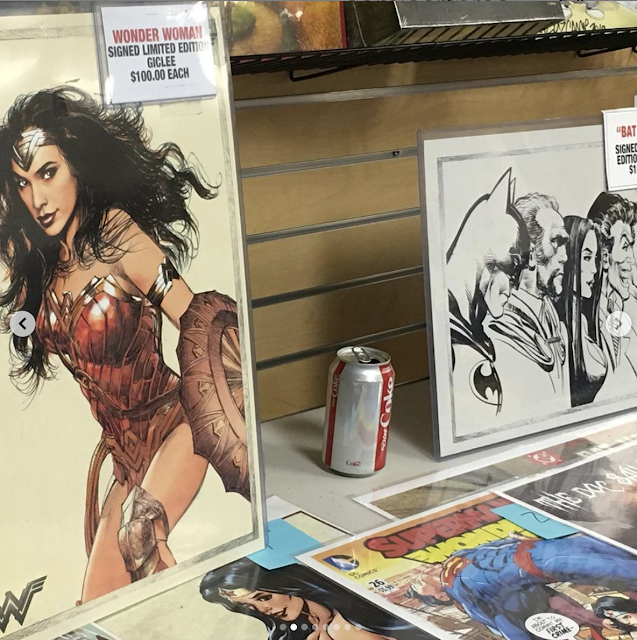 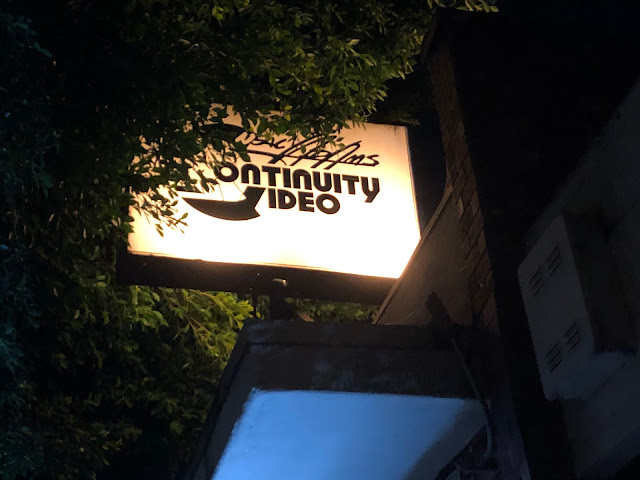 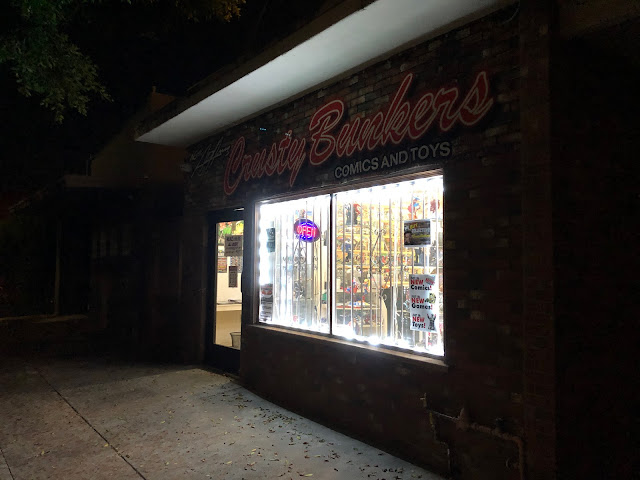