More Capsule Reviews in the Time of Coronavirus 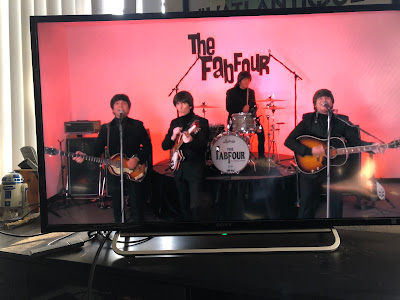 The Fab Four is one of several well known Beatles tribute bands. I’ve seen several concerts and performances over the years by these bands. Including the Fab Four, though to be honest, they kind of all have blurred together. In any case, in this time of sheltering at home (and, no doubt, to earn a little bread), the band decided to put on a live performance of the Let It Be album, in honor of the 50th anniversary of its release. At only $10 for a ticket ($50 with an added virtual green room meet and greet afterwards), it certainly was reasonably priced.

In costume, the band played the album, mixed in with a little bit of chatter, taking questions from fans.

The main drawback, unfortunately, was the poor sound quality. While I’m no engineer, it’s clear they had a pretty rudimentary audio set up through the computer—I had envisioned something a little bit more robust through my receiver, but it was barely better than basic computer streamed sound, versus having the equipment and mics plugged straight into the feed.

Fab Four: All We Need is Love Livestream (Part 1) (onlocationlive.com)
As I was preparing to post this review, the announcement for a second livestream concert by the Fab Four was released. Given my slight disappointment with the first show, I wasn’t sure whether to watch, but the announcement mentioned that they had enhanced the sound tech—so given the low $10 price, I thought it was worth checking it out.

I’m so glad I did—the sound was indeed much better as was the overall production quality, making for a much more engaging and fun show. To watch the concert, I streamed the show on a laptop and plug it into our big screen TV, with the sound coming through the home theater receiver and speakers. So it was definitely a much better live theater experience.

They’ll be performing the second part of the show in a week (June 26) and my wife and I will definitely be there!

Reunited Apart (YouTube)
While stuck at home, actor Josh Gad has remained productive by producing and hosting “reunited apart” remote cast and crew reunions of classic and popular films. To date, he’s done Back to the Future and the Goonies. (What’s remarkable is that many of these projects were released before he was born! No doubt because the projects promote and benefit charities, he’s attracted topnotch talent.

“Reunited Apart Makes a SPLASH” was for the fondly-remembered 1984 romantic comedy Splash. The online reunion attracted the films lead actors, Tom Hanks and Daryl Hannah, as well as director Ron Howard, producer Brian Glazer, and co-star Eugene Levy — and, for the late John Candy, fellow Canadian Ryan Reynolds. Putting aside the corny, contrived opening set up, the interview/reunion itself turned out to be a fun romp, with Gad asking questions about the cast and crew’s experiences and memories putting together and working on the film. 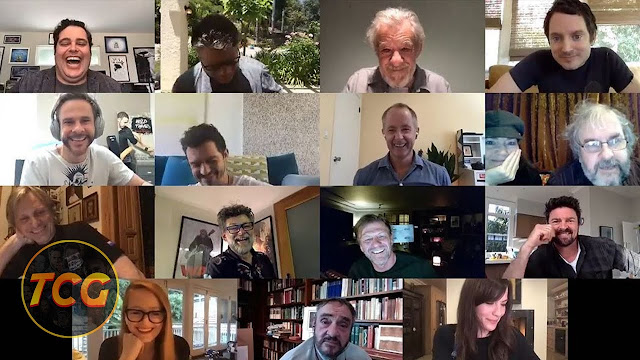 Nearly as fun was the following episode, “One Zoom to Rule Them All: Reunited Apart/The Lord of the Rings.” While the teaser showed that Elijah Wood, Sean Astin, Dominic Dominic Monaghan, and Billy Boyd (the four lead hobbits), along with Orlando Bloom and Ian McKellan, would be on the feed, it was a great surprise to see so many more of the cast show up, including John Rhys Davies, Sean Bean, Mirando Otto, Karl Urban, Sean Bean, Liv Tyler, Andy Serkis, Viggo Mortenson, co-writer Phillipa Boyens, and director/co-writer Peter Jackson! While the get-together somewhat devolved into re-enactments from the film, it was clear the cast have a bond that has lasted all these years (I can’t believe it’s been nearly 20 years now since the first film’s release!)

All fun reminiscences to enjoy while sheltered at home.

Just Mercy
In acknowledgment of the times we live in and the long overdue social changes currently underway in U.S., many streaming services have made available and featured films with social justice themes under the Black Lives Matter banner.

Among those is 2019’s Just Mercy, based on a memoir by the same name by Bryan Stevenson, an attorney who founded and social justice activist, who opened a center in Montgomery, Alabama to provide legal assistance to death row inmates who did not have access to adequate or competent defense counsel, and, worse, were clearly wrongly accused and the victim of racism. It stars Jamie Foxx and Michael B. Jordan. Stevenson went on to found the Equal Justice Initiative based on the 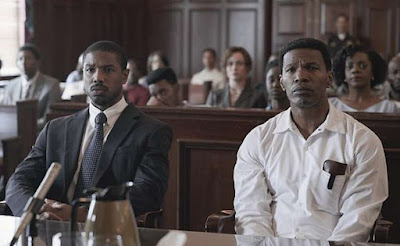 book of the same name, which some of you probably may have seen. The film is based on the memoir of an attorney named Bryan Stevenson, an attorney and social justice activist, who opened a center in Montgomery, Alabama to provide legal assistance to death row inmates who did not have access to adequate or competent defense counsel, and, worse, were clearly wrongly accused and the victim of racism. It stars Jamie Foxx and Michael B. Jordan. Stevenson went on to found the Equal Justice Initiative that has grown and remains very successful and active. It's a very moving film, focusing on one specific egregious case (from the late 1980s/early '90s) of a man named Walter McMillian (Foxx), an inmate on death row who clearly was unjustly railroaded into prison. Stevenson (Jordan) quickly finds holes in the case, and people who are willing to speak up, but must fight a justice system that is clearly stacked against people of color and the poor.

Starting with Foxx and Jordan as the leads, the film features a solid cast, including Brie Larson as the social justice activist who brings Jordan to Alabama to do this important work and Rafe Spall as the District Attorney who fights the mounting evidence every step of the way (Spall has turned up on my radar in a few projects — he also was part of the ensemble in the film, the Big Short — and has done terrific, different work in each role, proving to be a solid character actor.

Just Mercy turned out to be an excellent complement to two other films I’ve seen with similar social justice themes, Selma and Marshall, that I hope to review here soon as well….