Our Long National Nightmare is (almost) Over 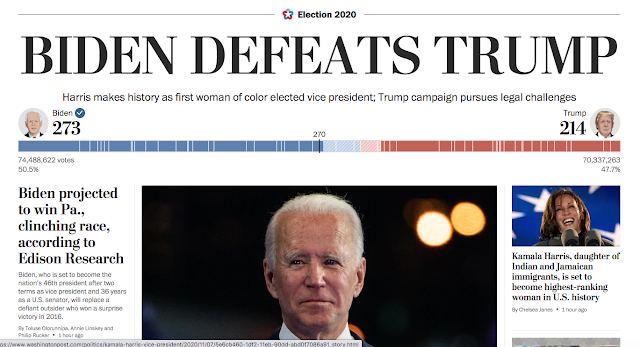 The title of this blog, of course, quotes President Gerald Ford’s famous words on national television upon the resignation of Richard Nixon in 1974—I had long planned (and hoped) that these would be the words I’d post on Facebook if Donald Trump was denied a second term. 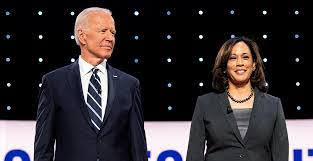 While pundits and pollsters had long warned the public that the vote count might take time, the early returns on Election Day were worrisome for those of us anxious for change. Seemingly defying the polls as he had in 2016, Trump jumped out to early leads on Election Day, winning Florida and Texas fairly early, though the Biden campaign had worked hard to flip them. I have to admit, I went to bed on Election Night with a sense of foreboding, remembering Trump’s shocking victory in 2016, when he won the electoral college while losing the popular vote. I slept fitfully, dreading and turning over in my mind the possibility of living through four more disastrous years of Trump.

When I woke up the next day, there seemed to be some hope—reports seemed to indicate that the states still in play were trending Biden’s way. As the pollsters had predicted, the early voting ballots in many states, which the Democrats had pushed and Trump had discouraged among his own followers, were now being counted and trending Biden’s way; and many of the remaining areas yet to be counted were Democratic strongholds. Minnesota and Wisconsin soon fell into Biden’s column. Then it seemed all eyes were on Arizona, Nevada, Georgia and Pennsylvania. As I mentioned in an earlier post, I tend to be a pessimist about such things, but simple math made me feel cautiously optimistic. I could now see how the electoral map was trending—nearly all of the remaining states were leaning towards Biden and he only had to win one or two of them to put him over the top, while Trump had to sweep them all to win. While Biden had many paths to victory, Trump had only one. Not impossible, but highly improbable. 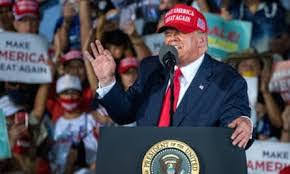 To no one’s surprise, that morning, Trump went on national decision to preemptively declare victory, despite the fact that he (nor Biden) had not yet officially reached the 270 electoral college threshold. In retrospect, it’s clear this would be Trump’s culminating move to autocratic/authoritarian rule—to subvert the election and steal victory through his usual bluster, bullying and lying, claiming “fraud” without any shred of evidence. For once, however, given the stakes and the importance of maintaining the integrity of a democratic election, the media pushed back, with some cutting away from him as he spoke, reporting that Trump’s claims were untrue and, in fact, dangerous. With simple math and the vote count now dominating the news, history and facts had, for once, overtaken Trump—he no longer controlled the narrative.

Nevertheless, the count continued through the week with the remaining states too close to call, dragging out the suspense. I felt it was important for the race to be called—if, as was anticipated, Biden was definitively named President-Elect, it would grant him a legitimacy that would make it difficult for Trump to assail, even in the courts.

Saturday morning, November 7, I woke up and was checking the news feeds on my mobile device when I received a text from my sister with a screenshot that CNN had called the race for Biden, with the other networks soon following with the same call.

My belief in the importance of Biden winning the electoral college was prescient—Trump, of course, immediately assailed the decision (earlier in the morning, he tweeted that he had “WON, BY A LOT!”). But Biden being named President-Elect suddenly made Trump’s bluster seem empty and toothless.

Between now and January 20, of course, Trump can still cause a lot of chaos. His allegations have been made with no shred of truth to back them. But the writing on the wall is there, Biden’s victory is definitive and nearly unassailable.

The victory speeches of the President-Elect and the Vice President-Elect were a salve, reminding me and others of the dignity and sense of national unity that have been missing in the presidency and our national discourse the past four years. Both addresses were moving and Biden--often derided as “Sleepy Joe” by Trump--gave what I thought was an electrifying, inspirational speech, the address of a lifetime.

The spontaneous jubilations and celebrations that broke out around the country--indeed, worldwide--felt like a great release, many saying it felt like a dictatorship had ended (some even compared it to the end of Star Wars: The Return of the Jedi, when the Death Star was destroyed.)

It can’t be denied that Trump did better than expected—the turnout underscored the strong support Trump garners among his base. While his approval ratings throughout his presidency never exceeded 50 percent—indeed his average 40 percent is a record low -- that base has stayed incredible loyal. Fortunately, those who supported Biden and repudiated Trump were similarly energized.

As many people noted, the U.S. narrowly dodged a bullet by unseating a dangerous, authoritarian figure through peaceful democratic means. However, looking ahead, whether or not Trump will respect the tradition of a peaceful transfer of power is another story. By not doing so, he risks further destabilizing the country and de-legitimizing Biden’s presidency. 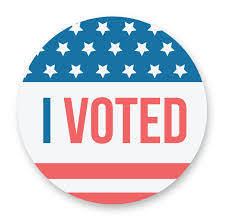 Having said all that, as surprised as I am to say this, Biden does need to find some way to acknowledge to some degree what the "other" side is feeling, especially as they still represent a (shockingly) 35–45 percent of the country. Of course, racism, hate and threats of terror and violence shouldn’t be abided, and there is plenty of resentment and grievance (often imaginary), but hopefully there can be some way to address what they're looking for. In his victory speech, Biden spoke about wanting to represent all American, which Trump never even tried to do, nor did he ever understand or care to, so hopefully there can be some healing. I’m probably getting a little ahead of myself, and maybe I'm being overly optimistic, but there you go.
https://slate.com/news-and-politics/2020/11/joe-biden-wins-donald-trump-loser.html