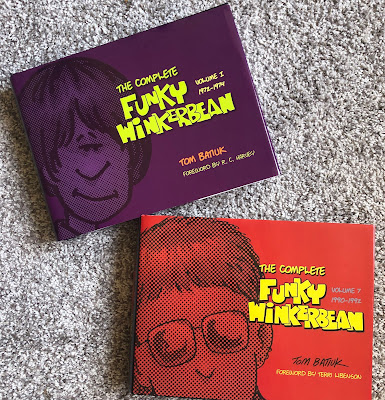 In my roundup of this year’s San Diego Comic-Con, I mentioned that one of the highlights was having dinner with Funky Winkerbean cartoonist Tom Batiuk and his lovely wife. I first became acquainted with Tom around 2014 or ‘15 at the San Diego Comic-Con, where I discovered he was aware of my work and enjoyed the series. In fact, that morphed into a commission to produce a faux-comic book cover featuring characters he had created as a budding kid cartoonist that appeared in the February 14, 2016 Funky Winkerbean Sunday strip, fulfilling a lifelong dream to be a newspaper cartoonist (albeit in a one-off)! Shots of that commissioned piece are included in the attached photos.

Prior to this year’s Comic-Con, Tom reached out to me and said he had been invited as a special guest to this year’s show and asked if I’d be up for having dinner one night. He came by my table the first day of the show and we confirmed it for that evening. We ended up taking a cab up to Little Italy where we had a lovely dinner. We talked shop, about the strip business (and contracts!), old comics, the comic book industry, family, and much more. It was truly an evening I’ll remember with great fondness (regrettably, my wife couldn’t join us since there was a panel she wanted to attend). Tom has a real love of comic books as well as comic strips, having initially looked for work at Marvel and DC when he was starting out—in fact, he has commissioned a number of comic book artists (with far more greater name recognition than me!) to do similar kinds of work in his strip. Tom has always been generous in telling me that he loved the piece I did for him, as I had clearly understood what he was aiming for and that I then ran with it; he kindly mentioned that again during dinner! 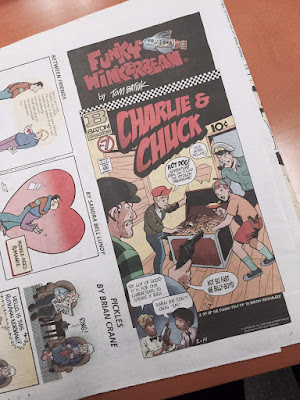 When we met, I was able to tell Tom I grew up reading Funky Winkerbean in my local newspaper in New York City, the Staten Island Advance. I lost touch with it when my family moved to California since it was not carried in any of my local newspapers in California. For those who are not familiar, it's a gag strip launched in 1973 centered on the students and teachers of a high school. (By the way, Comic-Con recognized Tom’s work with an Inkpot in 1999.)

Shortly after hearing from Tom before Comic-Con, I decided to re-visit the strip and discovered that it is currently being collected in its entirety by the university press of Tom’s alma mater, Kent State. I picked up the first volume and, upon learning that the strip decades later had “time jumped” several years so that Tom could age the characters and tackle new kinds of stories, I picked up a later volume as well (as a surprise, Tom kindly also sent me another volume!). I have greatly enjoyed the strips and am still in awe of the skill to come up with fresh gags every day and the "world building" needed to keep them coming! Tom, of course, succeeds in doing so by tapping into the memories most people share of their high school years, particularly the awkwardness of trying to fit in.

Anyway, our get-together made this year’s San Diego Comic-Con especially memorable and fun. 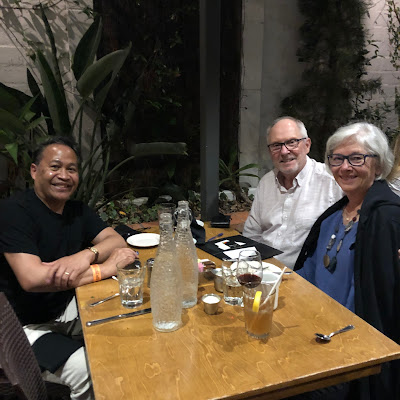 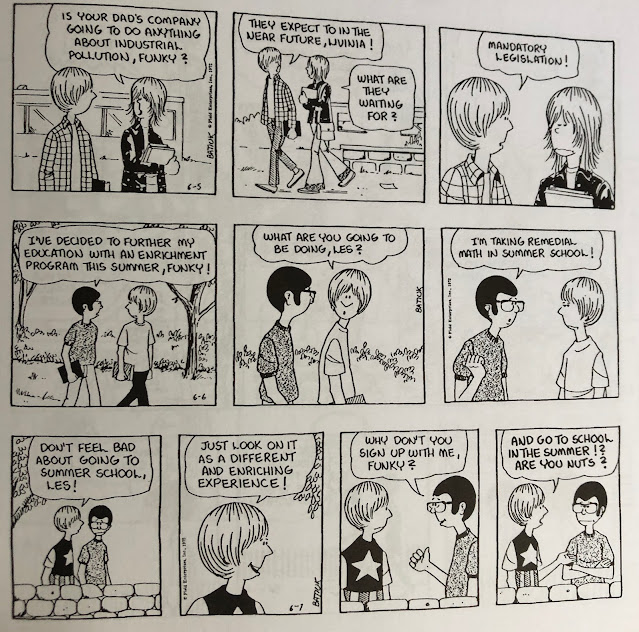 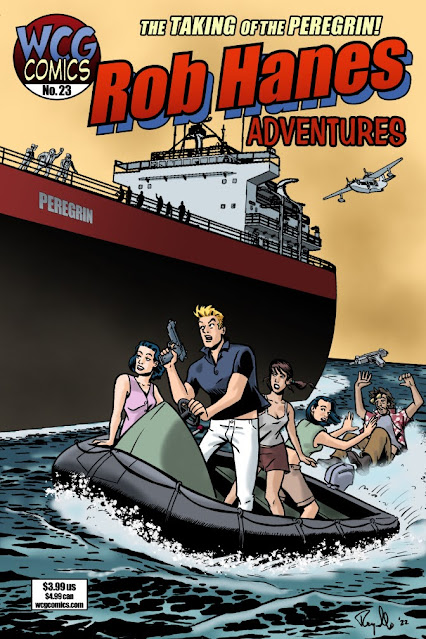 All back issues are still available at our web store. Or use the button below to purchase the latest issue now (#22, pictured below). 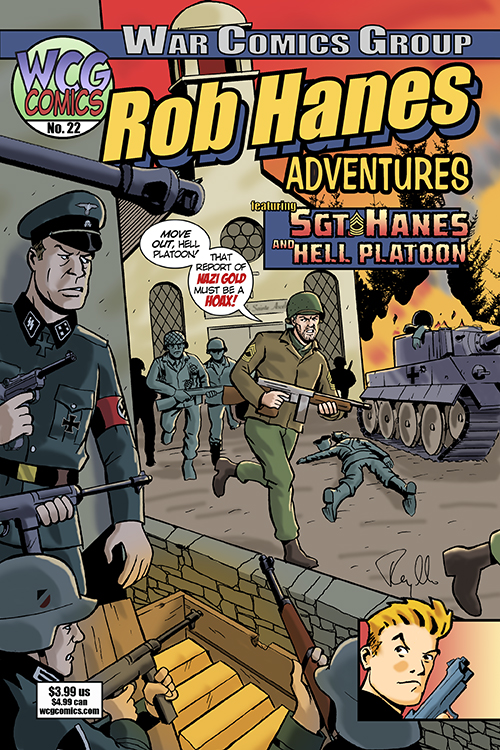 The series is also available in digital format at Amazon Kindle

Where to Read or Purchase These Comics

Series creator Randy Reynaldo is a 2018 recipient of the prestigious Inkpot Award for Achievement in Comic Arts, from the San Diego Comic-Con.