The Emperor Has No Clothes: A Review of the Spirit 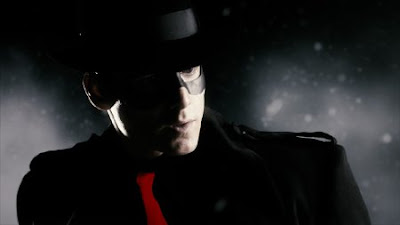 It doesn't seem fair to pile on top the bad reviews that the film adaptation of The Spirit has already received, but given how much I have written about the original series and its creator, Will Eisner, I would be remiss to not discuss the movie, which I saw the day after Christmas.

The film is written and directed by cartoonist Frank Miller, who in recent years has had two of his own comics work successfully adapted to the screen: 300 and Sin City. Credited for co-directing Sin City with filmmaker Robert Rodriguez, Miller chose Will Eisner's seminal Spirit for his directorial review. (Miller has flirted with a Hollywood career in the past, most notably as the screenwriter for RoboCop 2 and 3. It’s an experience that until recently seemed to put him off pursuing a film career.) Miller is well known to be an ardent admirer of the Spirit and was deeply influenced by it. He had the fortune to become good friends with Eisner prior to the pioneering artist's death in 2005. 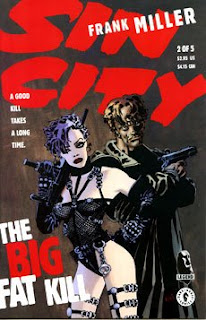 Interestingly, within the comics industry, reaction to the film has become a Rorschach test of sorts for what one thinks of Miller, who for some reason has become a lightning rod in the field. While Miller remains admired—if for no other reason than because he is one of the few comic-book creators who can pretty much do whatever he damn will pleases and have his audience follow him—there also has been the predictable backlash against the writer-artist. (Miller is widely credited as being one of the primary artists who reinvented the comic-book industry in the ‘80s. His work, in particular, on Batman: The Dark Knight Returns, and Batman: Year One rejuvenated the iconic character. His portrayal of the character continues to influence the character today and in recently revived successful Batman film franchise.)

By way of full disclosure, I must admit that, like many, I have been a bit put off by Miller’s recent work. The artist has seemed determined in recent years to up-end many well known comics icons in over-the-top efforts he has at times described as "satiric." These include his most recent forays back into mainstream comics, such as 2001's Batman: The Dark Knight Strikes Again (his follow up to 1986's Batman: The Dark Knight Returns) and more recently, the controversial All Star Batman and Robin the Boy Wonder. While it's possible that Miller may be trying to call attention to the absurdity and wish fulfillment inherent in the superhero genre, he hews such a fine line between grittiness and silliness, it's hard to tell how much of it you're supposed to take seriously, thus making it very easy to miss the joke. This is particularly difficult given that most comics fans take the characters and the storylines seriously—and Miller doesn’t seem very sympathetic to anyone who isn't on board to “get” it. 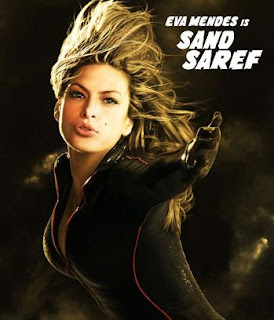 Having said that, I certainly don’t bear Miller any ill will—as an artist myself, I respect Miller’s right to pursue his vision and admire the very personal path he has been able to establish for himself. At the same time, of course, fans and critics have the right to review an artist’s creative work, which should be based on the merit of the work at hand, and done in a thoughtful, fair and constructive manner.

So regardless of what one may think of Miller or his work, the only question that matters is whether the movie works as a film and whether Miller has faithfully captured in some way the essence of Eisner's master work or at least some kind of vision. (And this being Hollywood after all, an important corollary to this assessment is whether the film connects with audiences and, of course, makes good box office.)

By the end of the film’s opening weekend (I saw the film the day after Christmas), it seems clear that The Spirit has fallen short by nearly all measures, having been widely panned by critics, arrived DOA at the box office, and for the most part been met with indifference (if not outright hostility) by both movie audiences and comic-book fans. 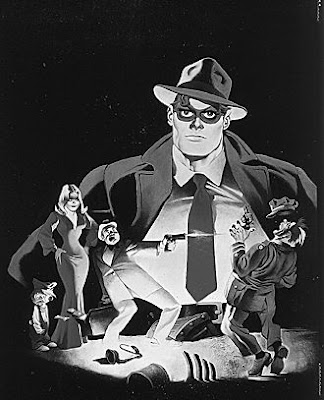 Admittedly, a Spirit film always was going to be a tough sell: though admired and respected by insiders, it has little name recognition outside the comics world. And though the Spirit has always had the advantage of always having been under the direct control of its original creator (unlike most franchised comic-book properties that are produced by committee), the series throughout its run featured widely divergent storylines and tones that each week could range from noir, high adventure, gritty urban realism, magic realism, to outright farce and comedy. Trying to decide which of these facets of the series to capture on film while remaining true to the work would have been a tall order for any filmmaker. The film no doubt got a green light on the strength of Miller's name and reputation in the wake of 300 and Sin City.

So what went wrong?

At the risk of being glib, noted movie critic Roger Ebert probably sums up the movie’s main shortcoming best:

“The Spirit” is mannered to the point of madness. There is not a trace of human emotion in it. To call the characters cardboard is to insult a useful packing material. 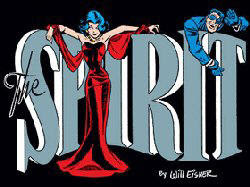 For a property and character that most people will have little knowledge or identification with, Miller provides nothing for audiences to connect with at any level. Comics fans familiar with Eisner's series will likely find little to like while mainstream film audiences will just feel uninvolved.

Known for his love of crime noir, Miller seemed intent on throwing into the script every line of hard boiled cliché but provides no context for them.

Giving the Spirit an air of invulnerability (which was not present in the original comic), Miller goes over the top with the comic-book violence, reminiscent of a Warner Brothers cartoon.

It’s clear that Miller was aiming for some kind of heightened comic-book reality with the film, but by refusing to give audiences anything to grab on to, and grounding most of the film’s reality in both high farce and familiar hard boiled noir, Miller is never able to really transport the movie to where he wants it to go or give it any strong voice. 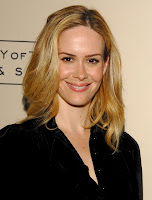 It seems clear Miller was intent on making a movie for himself, but one must ask why he decided to do so with the Spirit? Anyone familiar with Miller's work will know that, temperamentally, Miller is Eisner's opposite: Eisner's work had a strong humanistic and social realist edge, with a sentimentality that was offset by its humor; in contrast, Miller's work tends to offer a very stark view of life and human existence. (Left: One of Miller's strong casting choices was Sarah Paulson as Ellen Dolan, though she has little to do in the film.)

Ultimately, the film shows little regard for the series or the elements that made it so unique and successful. Rather than try to serve the material, Miller instead seems determined to obliterate Eisner's DNA from the series and filter it through his own love of crime noir prism. That being the case, one must ask why he bothered subverting the Spirit for this purpose rather than, as many have asked, simply do so with another Sin City film or another property more suited for this approach?

The problem is, the Spirit was nearly never a particularly hardboiled series. Though Eisner, who toiled on the series from 1940 through 1952, was working contemporaneously with the golden age of the genre, even when his weekly stories went in that direction on occasion, Eisner usually injected a lot of good natured humor into the proceedings, often in send-up. It's probably what has kept the series so timeless and accessible. 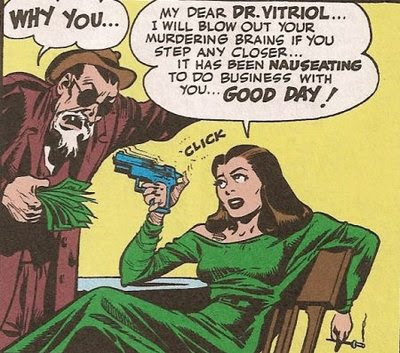 Ironically, the brief flashes of heart and human emotion that appear in the film come straight from Eisner's original Spirit mythos: the romantic spine of the film is lifted from a finely done two-week Sand Saref story arc of the original series, among the strip's most memorable (and a personal favorite). These sequences in the film are the only scenes with any real life in them—I should add that while Eva Mendez is one of the few actors in the film who is able to bring some semblance of real human emotion to the film (which is a weakness of the script, not the actors) , it's the lovely young actress playing her as a teen, Seychelle Gabriel, who probably comes off best, bringing passion and an inner life to her role. (Above right: Sand Saref from the sequence in the original strip featured in the film.)

These scenes, along with a briefly implied love triangle between the Spirit, Sand, and Ellen Dolan, offer a tantalizing glimpse into what could have been. Instead, however, like everything else in this movie, it's woefully underdeveloped and half-baked.

I understand that comics need to be reinvented and changed for the big screen and to be relevant for modern audiences. Even when the initial trailers came out and the interviews with Miller about the film appeared—which early on raised red flags for many comics fans—I was willing to keep an open mind and reserve judgment until I saw the finished movie. I wanted the movie to be a success. And if the film somehow found a way to find an audience and bring the Spirit alive for a new generation of fans, I was open to whatever compromises the filmmakers decided were necessary to make the film work. Having the Spirit all in black wasn’t a deal-breaker; nor was the idea, on the face of it, of the Spirit being given superhuman healing powers because of the chemicals that, in the original comic-book, briefly put him in a state of suspended animation, leading many to believe he was dead, and which gave him the opportunity to fight crime incognito as the Spirit.

At the end of the day, however, a bad movie is a bad movie, and there are no two ways around it. And critics, comics fans, and general movie audiences all seem to be in consensus on this.
at 9:34 PM Posted by Randy @ WCG Comics

Thanks for sharing I love reading comics also wearing mens boots is my fashion.