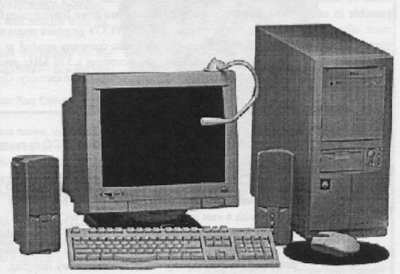 I'm sure I've mentioned in past blogs that my primary computer is a PC that runs Windows 98, purchased back in, of course, 1998. While I enjoy watching people's jaws drop when they hear that, I'm always quick to note that the system—with only 128 MB of RAM—always got the job done for me, so why fix what ain't broke?* The brunt of my post production work on my comics work has been done on this Win 98 machine running Photoshop 5.5 and CorelDraw. Long ago, I learned that it's not the tools that matter, but the skill of the artist, and the same applies to computer hardware and software. After all, no one can tell (or cares) whether the final piece of work was produced with Photoshop 4 or Photoshop 7. (Above right: A promotional shot of my Windows 98 system from a 1998 newspaper advertisement.)

I knew that upgrading the system one day would mean not just replacing my desktop computer, but also probably require me to also purchase new hardware (an 11x17 scanner and graphic tablet), as well as some software—especially if I chose to migrate to a Mac.

Nevertheless, aside from the growing obsolescence of my system, my computer needs and ambitions were gradually outstripping the capabilities of my Win 98 system, and it was coming time to upgrade my computer. After having been mightily impressed with the new iMac,* over the past year or so, the call to upgrade had become stronger. The capabilities of the new Intel processor Macs, plus the ability to run Windows programs at native speeds with third-party software, seemed to offer the possibility to transition to the Mac without necessarily having to completely sacrifice all my PC legacy programs, files and equipment. My earlier reluctance to go Mac wasn't just due to the cost, but also because some of my PC software programs simply were not available on the Mac.

During the Martin Luther King holiday weekend I took the plunge. I purchased a base 20" iMac computer, added 4 Gigs of third-party vendor memory, and at the time of purchase installed Windows XP along with Parallels Desktop software. Parallels allows users to run another operating system natively and side-by-side with Mac's operating system, OS X. (You can even cut and paste between the systems and share folders.) 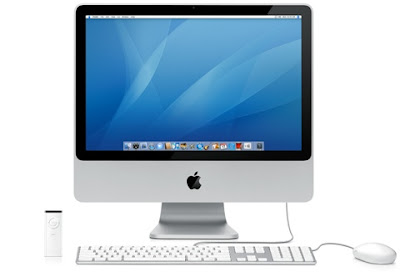 When it comes to technology, I know to take with a grain of salt the claims computer manufacturers make about their products and know that such installations don't always run so smoothly right out of the box.

So I must admit even I have been shocked at how nearly flawlessly this transition has been given the complexity of this migration. Within Windows, I have been able to install my Quicken 2003 and Quickbooks 2001 programs, and import all the related personal and business financial data. 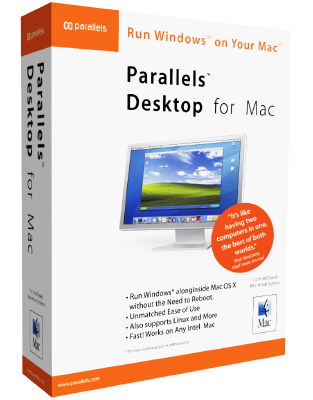 The real test was connecting my Mustek 11x17 scanner to the system. The scanner is another discontinued dinosaur that I purchased because it was compatible with Windows 98 (and fortunately also XP) and not at all with Mac. Crossing my fingers, I installed Photoshop 5.5 within the Windows environment and installed the appropriate drivers for the scanner—and the scanner came up within the application just as it's supposed to!

I also was able to install an old Epson color stylus printer to the system that was originally purchased to work in tandem with the Win 98 machine. No Mac drivers even exist for the system. After doing some research online, however, I found some third party printer drivers. The printer now not only works within Windows, it also prints from the Mac side as well!

The only item I'll have to upgrade is my graphics tablet due to it being a serial device that only interfaces with an old PS2 style keyboard/mouse connector.

So it's farewell to another piece of equipment that's done great service for me over the years.
-----

* At my "day job," I've had the fortune to have access to state-of-the-art Macs over the years, which is how I became pretty famiiar with Macs and learned how to work seamlessly between PCs and Macs.
at 9:09 PM Posted by Randy @ WCG Comics