So Long to an Old Friend... 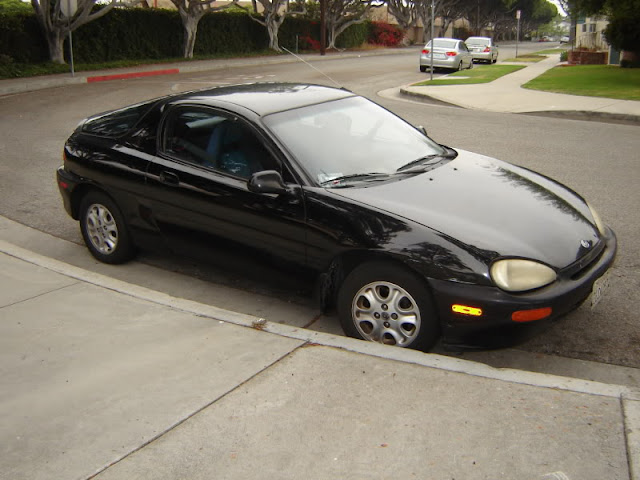 My wife and I recently purchased a new family sedan, so after 17 years of faithful service, I sold my trusty ol’ Mazda MX3, which had 215,724 miles on it.

I must admit I got a little emotional realizing I’d be selling her. My first car was an ‘80s Toyota Tercel, a second family car that I received after graduating from college. I ran up that brick-red Tercel to 93,000 miles, but the MX3 was the first car I purchased on my own, in 1993. I initially got acquainted with the MX3 the year before when my then-girlfriend/now-wife drove it to Tahoe as a rental for a ski trip. I enjoyed the vehicle so much that I bought it the following year when I decided to upgrade. 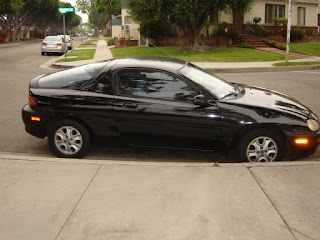 I always said the MX3 was not really as fast as she looked, but it was still pretty zippy. She had a good-sized trunk and when the back seats were down, with the hatchback it could carry quite a bit of cargo—especially useful on my trips carrying boxes of comics to exhibit at the San Diego Comic-Con and other conventions in California! I occasionally called it the Batmobile because of its low cockpit seating and automatic power seatbelts—in fact, when I was younger, there were occasions when I would cruise down the freeway at night at high speed with Danny Elfman's iconic Batman film score blasting on the stereo, which was pretty atmospheric. (By the way, since everyone always asks—the decal on the back means "Mazda" in Japanese.)

When my wife and I were expecting our first child in 2001, we purchased a Subaru Forester as our family car—the MX3 was a 4-seater, so once the kids were large enough to sit up in a booster, on the fly it served fine as a backup family car for short trips. But with the kids getting older and all our cars getting up in miles, it was clear we needed a new family car to supplement the Forester, and it was better to get it sooner than later given the current buyer’s market for cars and record low loan rates, rather than wait for the MX3 to give out on us and be forced to scramble. 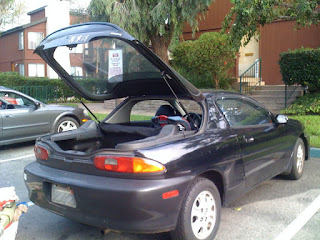 Over the years, I put quite a bit of money into the MX3's maintenance, but it was still always better than having the regular car payments of a new car—I always said that if I truly had gotten tired of it, I would have gotten a new car years ago, but the combination of saved money and the car driving and looking well made me on no rush. I should add that all the repairs were pretty much wear and tear given the mileage—the car had never been in any major collisions. (I had to rebuild the transmission back in 2004, but that was my fault in not getting it to my mechanic earlier after seeing certain symptoms.)

Anyway, I sold her on Craigslist. On paper the Blue Book value was not very much (one site stated that a dealer would pay $57 for the car based on age and condition), but I saw estimates for private sales as high as $700 – $1000. But after seeing the surprisingly crappy condition of many of the cars being offered on Craigslist, I realized my sporty-looking MX3 might look pretty appealing to some buyers and offered it for more than the $400–500 I initially planned. As noted in the pictures accompanying this blog which I used for the ad, I tried my best to make her as appealing as possible.

Indeed, within 20 minutes of posting it, I started getting flooded by emails expressing interest in the car. I probably could have made a bit more than I did, but ultimately I’m glad I found a good home for her. The guy who called me about the car told me emphatically, “I want that car!” then drove 80 miles to see it, handing me the money before he even test drove it. Apparently, he had a buddy who had purchased a ‘92 MX3 recently for $7000—though that car had been obviously souped up.

In any case, I’m glad I found a good home for it, with someone who’ll appreciate it.

Next: What I bought! 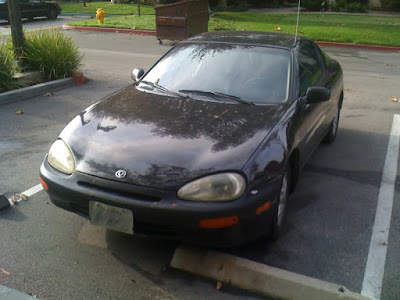 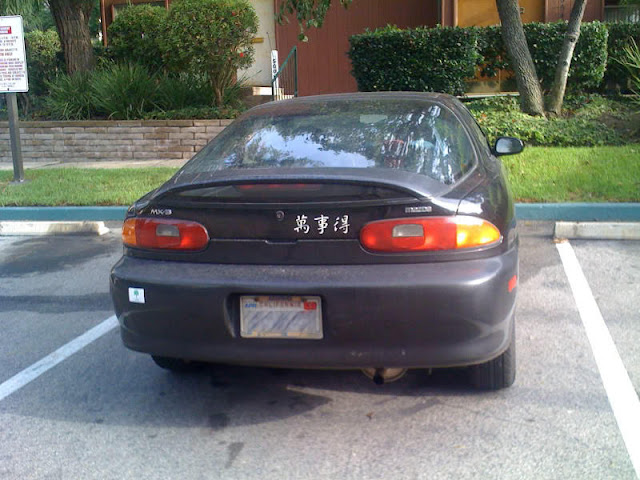 Below is the original Craiglist listing for the car:

l have purchased a new car and am looking for a new owner who will give a vehicle that has served me well a new home. This vehicle is in great working order, fun to drive, and looks good. Some minor scratches and dents from 17 years of use, but otherwise this car has never experienced any major damage. Some tears in the upholstery due to normal wear and tear over the years. Cargo cover also beyond repair (I have it but don't use it). Minor bug with seatbelt light occasionally going on even when seatbelt is engaged. 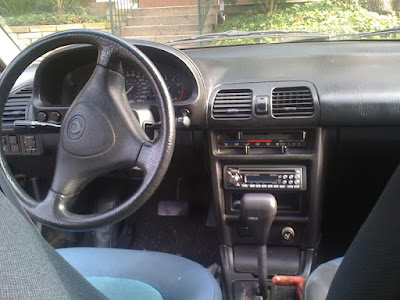 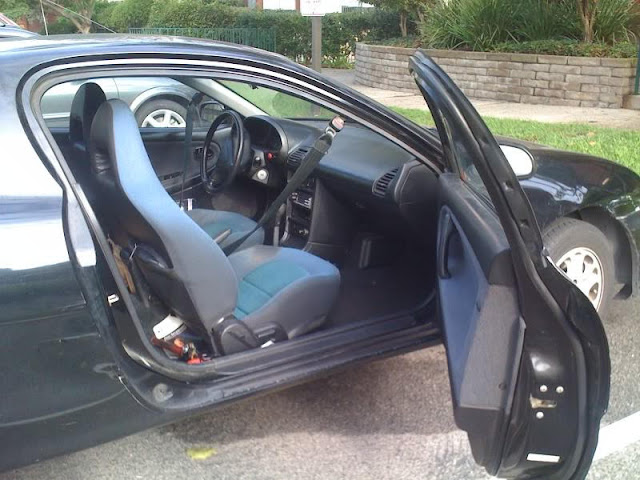 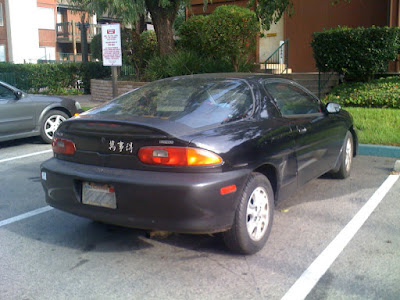 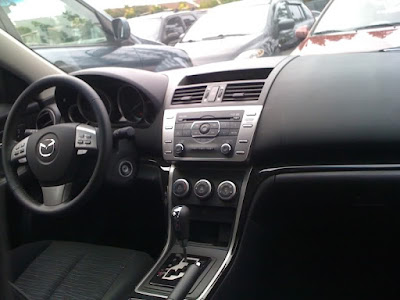 That was a good, long human-car relationship.

Yeah, the car was like a second skin when I was driving it!

Saying goodbye to an old car which you used for 17 years is definitely not easy. But the good thing is that you were able to find a good buyer to take good care of your Mazda MX3. I hope the new owner will enjoy driving this car as much as you did when it was still yours. And I also hope that your new car will give you the same great service as your previous car.

17 years and still counting! I hope that the current owner of your Mazda MX3 will take care of it just like you did before. You know, you must’ve been really a good caretaker. That car wouldn’t be able to last for 17 years if you didn’t provide it all the maintenance it needs! Kudos for a wonderful job!

It’s good you sold your car on a great deal, and to the person who appreciates it! I know how attached you are to your faithful car, and it is hard to let her go. So, it is thanks to this wonderful guy who showed great interest in your car, your heart had been at ease. Do not worry because she will be taken care of! [Leisa Dreps]