Email ThisBlogThis!Share to TwitterShare to FacebookShare to Pinterest
Click here to go straight to the photo album. 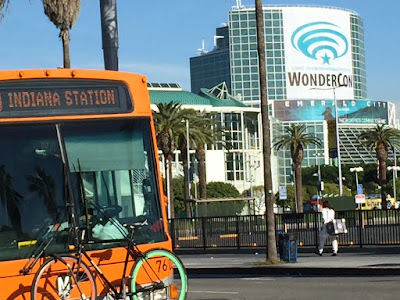 Like others who have mentioned it in their own comments and blogs, I’m not a fan of the L.A. Convention Center. I’ve been to both comics and non-comics events there and find the facility sprawling and confusing—it’s not user-friendly, forcing guests at the larger shows to exit and re-enter buildings to get from one part of the convention center to another walking through outdoor sterile concrete walkways. And the comics shows I’ve attended there have for me been rather depressing, drab affairs. However, as a resident of West L.A., less than 10 miles from downtown, when I heard that WonderCon was coming to L.A., I decided to exhibit since it was in my own backyard. I felt this would be a real test of whether the problem was the convention center or the show’s organizers.

With all that said and done, I have to admit that the L.A. Convention Center acquitted itself fairly well in hosting the 2016 WonderCon. It no doubt helps that the folks at Comic-Con International—which also puts on the San Diego Comic-Con—was running the show and, no doubt, the L.A. Convention Center wanted to impress the organizers. But as an exhibitor, I have to say I found the experience positive (well, nearly). 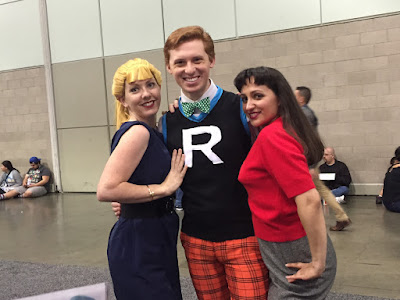 I set up my booth on Thursday, March 24, the date before the start of the show. And though I wasn’t very familiar with the convention center, by sheer luck, I parked in the perfect location at the convention center parking lot, as close as I could have hoped for to my booth. One of the few hiccups was the runaround I received trying to find out where the exhibitors’ registration was located—I ended up being sent from one hall to another before discovering it was where I initially started. 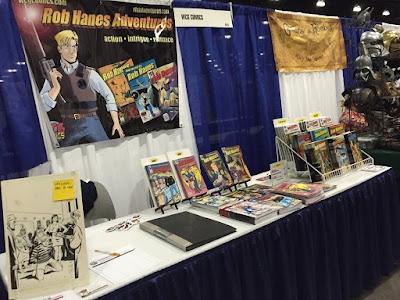 I otherwise found the convention center/organizer personnel fairly easy-going and helpful. I was initially concerned because the exhibitor materials stated that no dollies were allowed within the lobby areas of the convention center and exhibitors should expect to hand carry their boxes in. This turned out not to be the case at all and although I was parked three levels below the South Hall where the main exhibitors’ hall was located, I was able to take an elevator directly to the right level, which made my set up a breeze.

All in all, the atmosphere felt more relaxed and unfrenzied, compared to setting up for the San Diego Comic-Con.

The show itself had a very San Diego Comic-Con vibe—helped, no doubt, by the fact that the same people who put on that show run WonderCon, meaning that a lot of the signage and atmosphere were famiiar. The hall in Anaheim where WonderCon has been held in recent years has a weird floorplan that divides the floor in an odd way. In contrast, the L.A. Convention Center’s South Exhibition Hall, where the exhibitors were located, allowed for one big, open continuous floorplan, much like the San Diego show, though probably only about a third of the size. 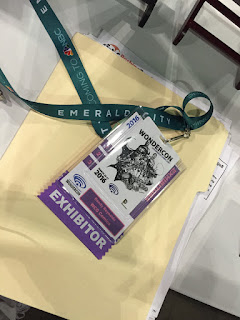 Nevertheless, the shortcomings and sprawling layout of the L.A. Convention Center were on full display—registration and panels were held in a completely different building, the West Exhibition Hall, which required a bit of a trek. For the show, WonderCon introduced the use of new RFID badges (pictured at left) that required attendees to tap in and out of the convention hall. The system operated smoothly, so I am curious whether they will be using it for the San Diego show in July.

I have to admit that food selection is also important to me—as an exhibitor, I am at the convention hall all day and mealtime is one of the few times I get to take a break and decompress, so I like to enjoy my meal. The poor quality and selection of the food services at the San Diego Convention Center is fairly well known, requiring a bit of a trek to a neighboring hotel or walk into the Gaslamp District for reasonable alternatives. In contrast, the L.A. Convention Center’s food was a bit better quality; food trucks were also made available by the West Exhibition Hall. 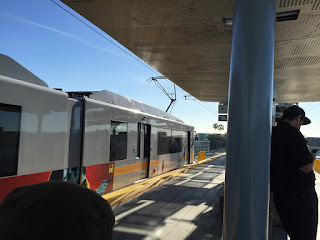 Another big plus for me was that on the days I didn’t have to drive in to unload and pack up my car, I took the L.A. Metro Rail. It was only about a 30 minute ride for me and I got dropped me off across the street from the convention center, making it a very relaxing ride into the show each day, without having to deal with downtown traffic or overpriced parking.

As to my experience as an exhibitor? Since the prices were a little lower than at the San Diego Comic-Con, I opted to get a regular booth rather than a place in the small press. It turns out I had a relatively poor table assignment, at the very end of an aisle in the back of the hall where there was relatively low foot traffic compared to other parts of the show, surrounded by non-comics exhibitors. As such, sales turned out to be a bit disappointing—live and learn. Nevertheless, sales were slow but steady and I managed to get re-discovered by people who had not seen my work in years and to gain new readers. 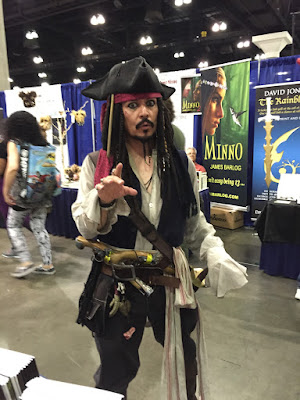 Aside from that, the experience for attendees seemed positive. Cosplay was very much in evidence (it was funny to see the reactions of some people on the Metro Rail line who weren’t aware of the show). It's fun to see the many inventive costumes, especially when the cosplayer stays in character—my favorites, which you'll see on this blog, were Austin Powers, Archie, and Hamilton (from the Broadway show). The Jack Sparrow pictures above was really amazing—partly because no mater how close in you go in the photo, it really looks like Johnny Depp!

So in spite of the facility’s shortcomings, overall WonderCon seemed to be a success. 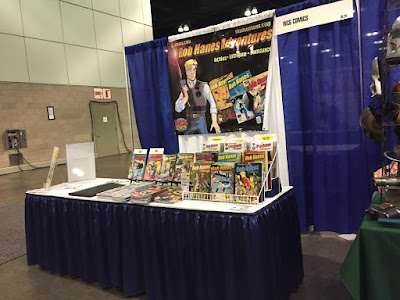 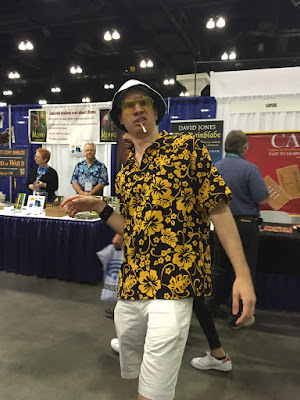 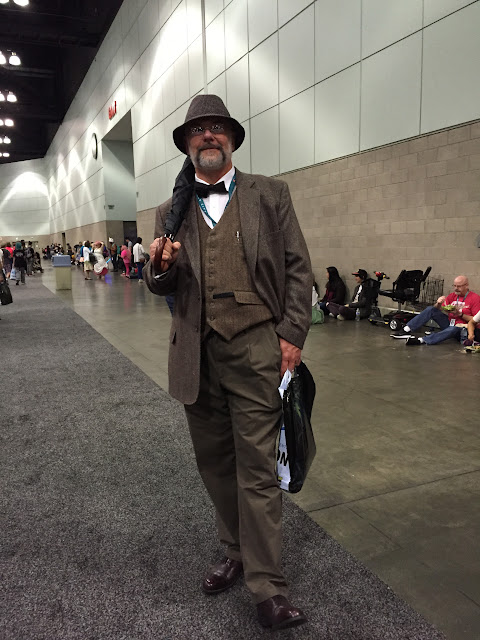 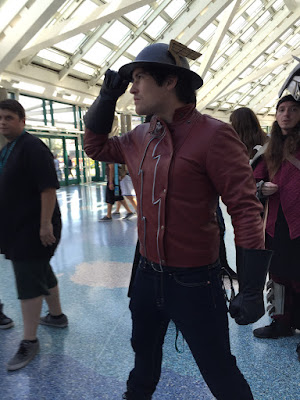 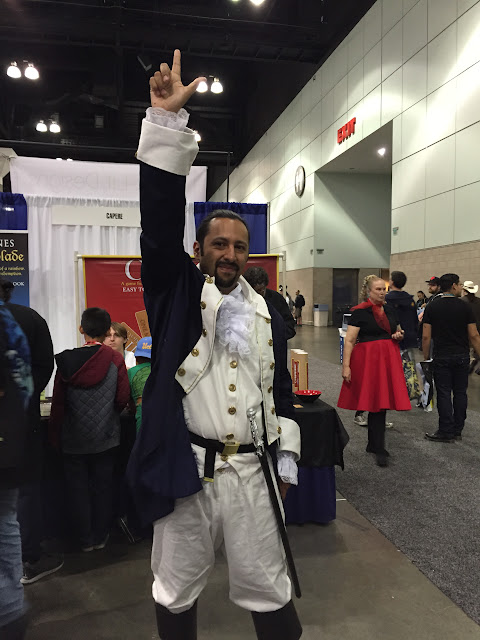 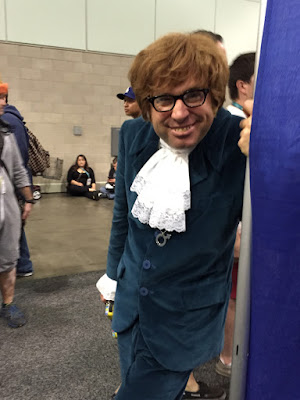 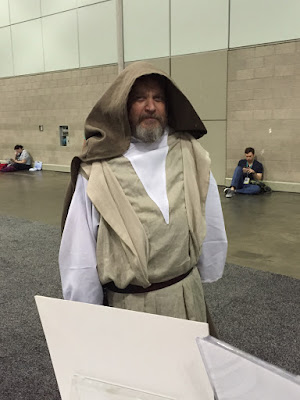 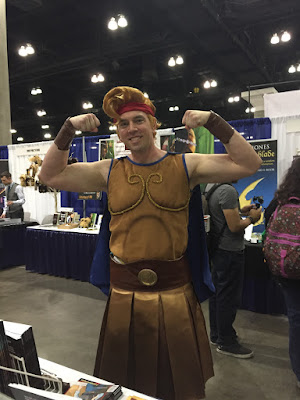 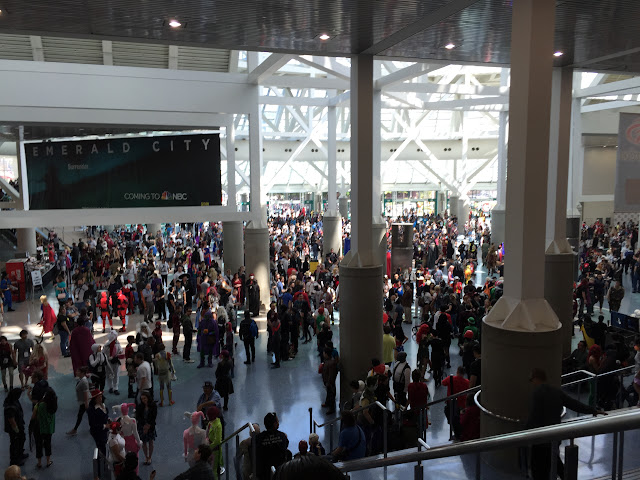 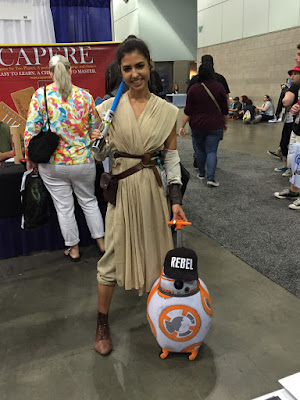 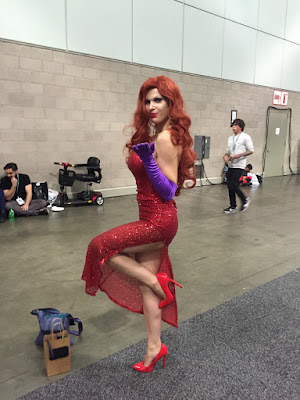