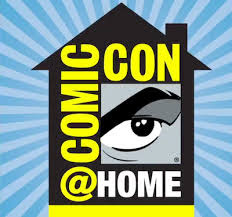 When the 2020 San Diego Comic-Con (SDCC) was cancelled in mid-April, it was a disappointment for many but a surprise to few—health and safety, of course, comes first, and the state and local officials likely would not have it allowed it to be held anyway; many other large events, including WonderCon, usually held in the Spring and also organized by Comic-Con, similarly were cancelled. Like many, I had purchased a table, paid a deposit at my hotel, and had badges.

Shortly after the cancellation, Comic-Con announced SDCC 2020 would be a virtual event, open to all—Comic-Con@Home to be held on the same dates, July 23–26. There would be online panels and even a virtual exhibit hall online where confirmed exhibitors like myself would have a space!

Comic-Con@Home has now come and gone. Though I didn’t expect to have much to report regarding a cancelled event, I have to say that like the “real” Comic-Con, it was whatever you made of it, with online programming and mainstream coverage of the event. They even provided badges and signs that could be downloaded to make it as fun and “real” a Comic-Con experience as you wanted to make it. The traditional program was available for download as a PDF and they rolled out their programming for the event in advance like any other year, including the Eisner Awards and the Masquerade Ball. (All the panels—including the Eisner announcements—were pre-taped.) 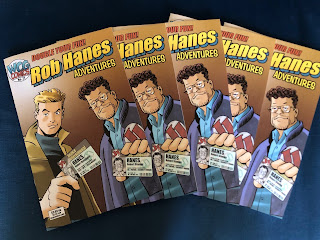 As an exhibitor, I had a “table” in the virtual exhibition hall, which allowed exhibitors to promote products and exclusives, and link back to your website. As usual, I had a new issue available for sale at Comic-Con: Rob Hanes Adventures #21. You would have had to drill pretty far down to find me, and that's if you were looking—however, being active and promoting on social media made a big difference, and sales were way better than expected and a pleasant surprise. (You can see I re-posted some of my Tweets on my blog below.)

So though I did not have to be “on” 24/7, I was relatively active during the show posting on social media and watched panels throughout the weekend at my leisure—I also mixed things up by using Comic-Con as an opportunity to post photos from past shows of cosplay, the year I received the Inkpot, etc. (Though the panels dropped as scheduled on Comic-Con’s YouTube channel, they remain available for viewing.) To be honest, although it's only an annual event, it was nice to have the break and not have to be "on" 24/7. So, again, though Comic-Con did a great job of making it an inclusive celebration, of course it’s not the same as capturing the excitement and enthusiasm (and exhaustion) of the show IRL.

Some of the panels I “attended” include:
As a confirmed exhibitor for 2020, I’m already confirmed as an exhibitor in 2021—let’s hope it happens and see you there!

My brother, who helps me year every year at my booth, created the exhibitor badges featured below for this year’s San Diego Comic-Con, courtesy of a template provided at the Comic-Con website so that people could still have the Comic-Con experience at home! 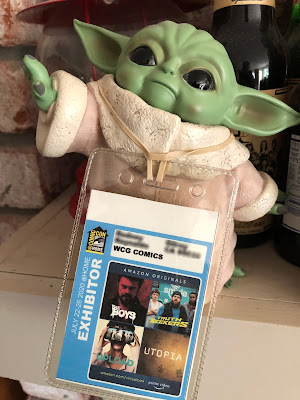 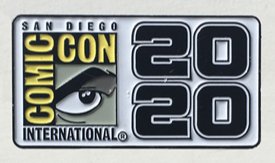 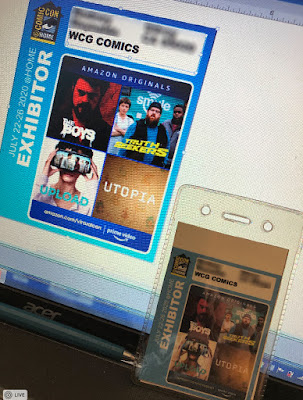