More Capsule Reviews in the Time of Corona (3) 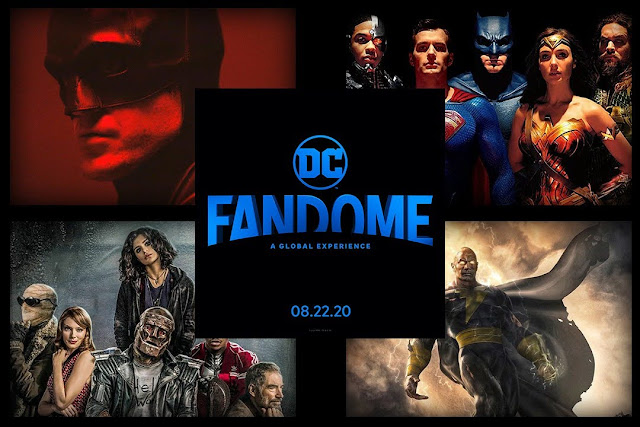 Following the cancellation of the San Diego Comic-Con earlier this year due to the COVID-19 pandemic, Warner Brothers (WB), the owner of DC Comics, announced DC FanDome, an entertainment and comic-book convention that would be held virtually on Saturday, August 22, and not participate at Comic-Con@Home, the virtual version of this year’s Comic-Con.
Though the event was vaguely on my radar, I didn’t make a point of noting the date on my calendar. The morning of the convention, however, I got a text from my brother reminding me of the event. My family and I ended up turning it on and streamed it through YouTube all day, watching more of it than we expected (it helped, of course, that like many across the country, we were sheltering at home).

What was a bit awkward about the timing of Fandome was the announcement the week before of massive layoffs and restructuring at Warner Brothers that reached down deep into DC Comics as well. Several senior and longtime staff at DC were let go, though DC chief executive Jim Lee remained among the last people standing as DC Chief Creative Officer/Publisher. (Indeed, on a panel about the Multiverse of DC’s head honchos that included Lee, President of DC Films Walter Hamada and showrunner Greg Berlanti, who oversees DC Comics’ TV shows on the CW, it was clear that all decisions related to the direction of any DC characters were run through Lee.)

That aside, for the most part, the event was engaging and entertaining. Like regular Comic-Con, there was something for everyone, including gamers, fans of the DC Comics superhero films and, hey, even comics! And, as noted on the above panel, there was a very evident focus on developing an international audience—indeed, many of the hosts and fan questions were from overseas.

The main anchors of the virtual event were clearly the upcoming Wonder Woman, Snyder Cut Justice League, Suicide Squad and Batman films, along with coverage of TV shows like the Flash, and upcoming video games. There were brief bits on the Flash television show, highlights of fan art, an announcement about the return of DC imprint Milestone, one of the first comics companies founded by African-American cartoonists, and like a normal comics convention, even a “portfolio review”!

FanDome was held as a continuous, single stream, with “panels” following each other successively on a schedule during a 24-hour period, with the content taken down soon after.

In contrast, Comic-Con@Home, San Diego Comic-Con’s 2020 edition, like the regular Comic-Con, ran a gamut of panels concurrently and have kept the content online. While Comic-Con@Home received good-to-mixed reviews, it’s not really a fair comparison: while Comic-Con@@Home depended on a wide variety of people and companies to provide content, WB of course had more control over the content, execution and production, and presented it as a single stream, all in support of a single message and brand. (I presume it was also cheaper to mount.)

While it’s possible WB has developed a model that other conventions may want to emulate going forward, that doesn’t necessarily mean the traditional in-person convention is suddenly obsolete. Perhaps the main advantage of the virtual convention is the egalitarian nature of it--open to all, to anyone around the world. But, of course, it doesn’t beat the advantages of being able to interact directly with fans in person. It’s clear WB is partly following the model Disney has created with its D23 conventions, which has resulted in Disney partly pulling back on its presence at Comic-Con, I’m not sure WB and its DC FanDome would have the same reach and impact. No doubt they’re assessing though. 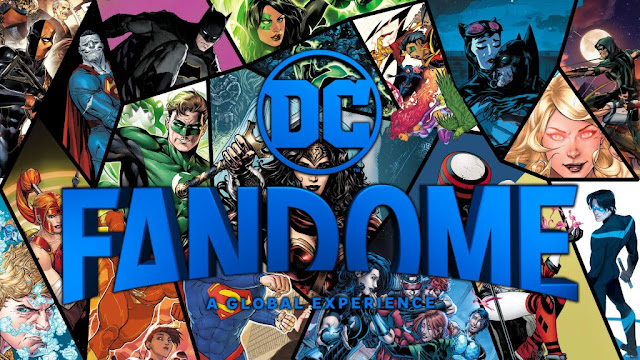