Available at the WCG Comics virtual booth at the Comic-Con@Home edition of the 2021 San Diego Comic-Con: the newest issue of Rob Hanes Adventures, free downloadable comics and previews, trade paperbacks, all back issues, and other merchandise. For additional information, contact Randy Reynaldo at WCG Comics. See below for additional images for promotional use. Reynaldo is a 2018 San Diego Comic-Con Inkpot Award recipient.

Cartoonist Randy Reynaldo and his publishing imprint, WCG Comics, has been a mainstay exhibitor at the San Diego Comic-Con for more than 25 years, and continues that tradition as a virtual exhibitor at this year’s Comic-Con@Home. And no badges needed for one of the biggest and well known comic-book and pop culture conventions in the world!

Rob Hanes Adventures #22 will be available for preview and pre-order this year at WCG Comics' virtual booth at Comic-Con@Home, scheduled July 23–25. The issue opens in the waning days of World War II as U.S. soldiers come across retreating Nazis seeking to hide a trove of gold reserves—then flashes forward to the present day as Justice International investigator Rob Hanes picks up the trail of an extremist paramilitary group that is trying to find the still-missing gold to fund its terror operations. Past and present fuse as Rob discovers his own personal connection to the wartime incident, but will he be able to uncover the final resting place of the treasure before the extremists do? The issue is anticipated to be available in August.

Also available will be all back issues, including trade paperbacks, single issues, downloadable previews, merchandise, and even a FREE downloadable comic-book issue in its entirety for readers to sample the series!

Trade paperbacks collecting the early runs of the series, and two volumes collecting issues 1–4 and 5–8 at special reduced prices! Selected packages to purchase the entire run of Rob Hanes Adventures or the run along with the trade paperback collections of additional material not appearing in the main series. And, of course, all back issues, such as the popular and perennial “Death at Comicon” murder mystery! All orders will receive our usual freebies like bookmarks, pins, and a free back issue! With Comic-Con open to all this year, now is the time to experience the exhibition hall and panels for the first time and in an all new way!

Rob Hanes Adventures is an all-ages light-hearted action-adventure series featuring the exploits of a globetrotting private eye and troubleshooter from Justice International who travels the world on assignment, facing adventure, intrigue and romance at every turn, with occasional dashes of good humor and forays into other genres. Every story is self-contained, making it easy for readers to jump in with any issue.

Launched in 1994, the title is one of the longest-running indie comics series. Readers and fans have praised Rob Hanes Adventures for recapturing the spirit of the classic adventure strip and updating it for a modern-day audience. Inspired by the classic adventure comic strips like Milton Caniff's Terry and the Pirates, Will Eisner's Spirit, and Roy Crane's Buz Sawyer, Randy's graphic black-and-white art has been favorably compared to the work of artists like Alex Toth and the modern-day cartoonists who evoke the same timeless style like Paul Dini and the late Darwyn Cooke.

In 2018, series creator-writer-artist Randy Reynaldo was an invited featured guest at the San Diego Comic-Con, where he was honored with an Inkpot Award for Achievement in Comic Arts.

For more information about the series, previews and to purchase back issues, visit wcgcomics.com. A PDF with excerpt pages from the series is also available

Additional information about the series is available at the article, Twenty Years (and more!) of Rob Hanes Adventures.
#    #    # 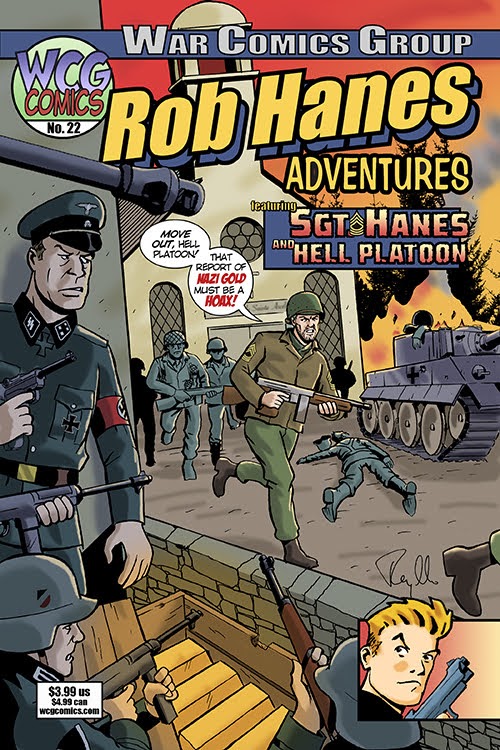 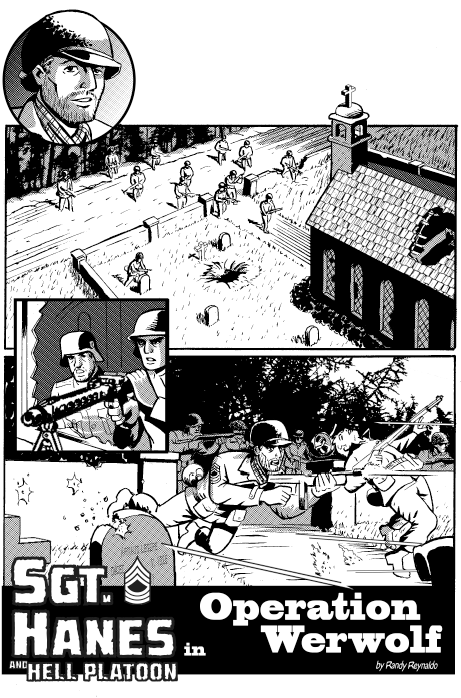 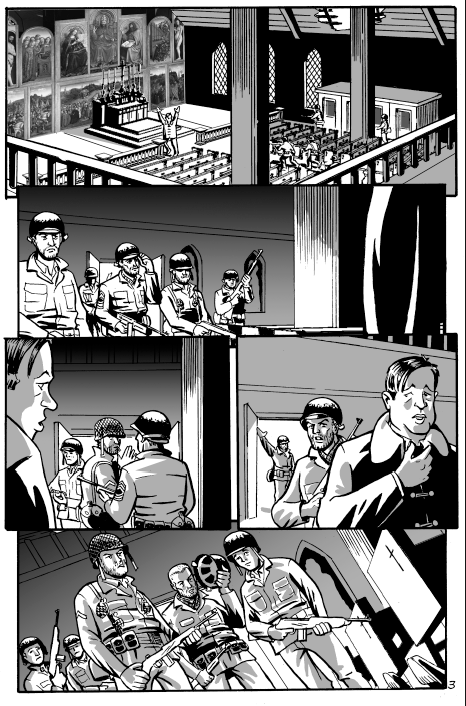 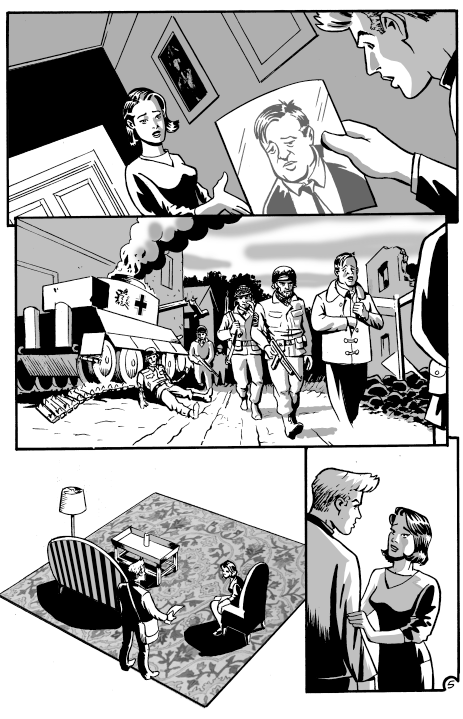 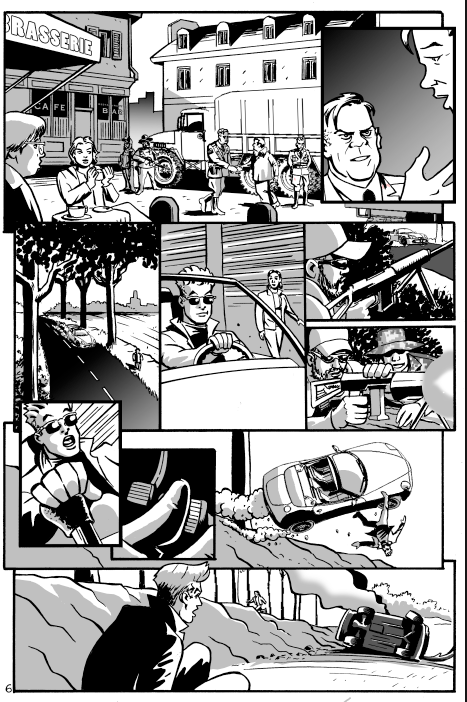 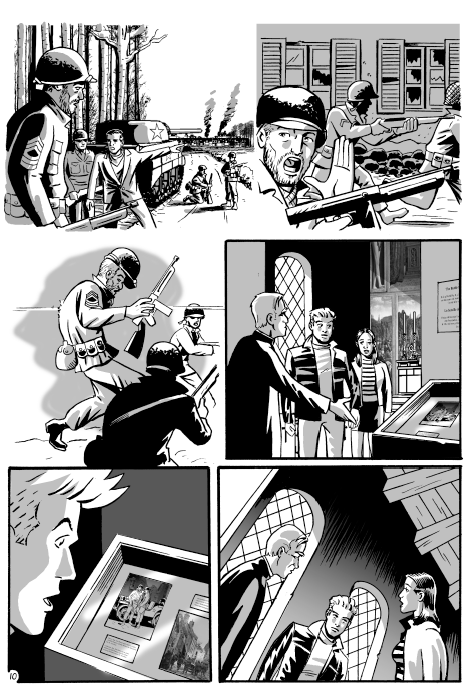 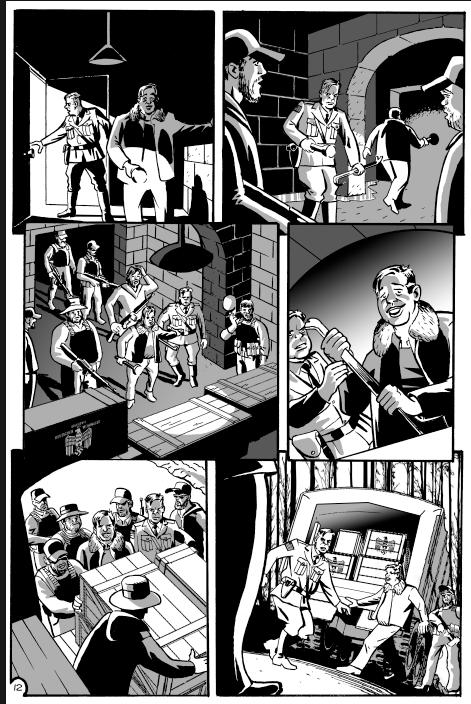 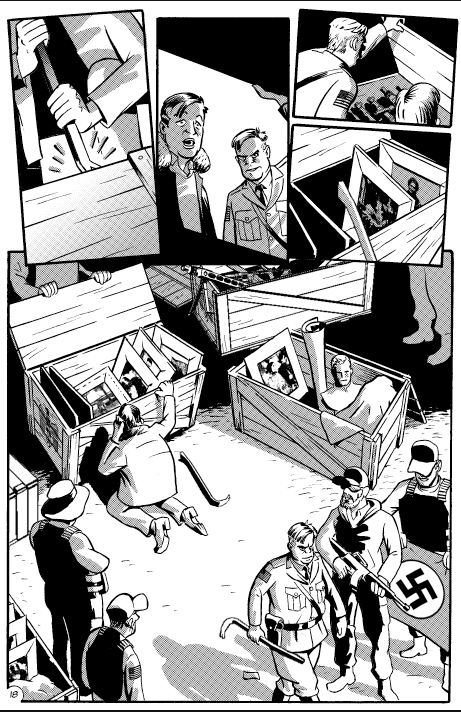