Reviews in the Time of Coronavirus (7) 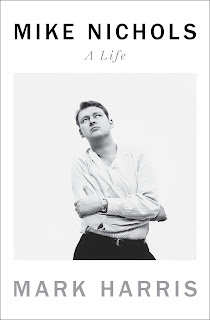 I like to say I’ve been a fan of Mike Nichols since I saw the Graduate, one of my favorite films of all time, but after reading this book, I have to admit I found I was not as fully aware of the breadth of his film efforts and, particularly, his stage work, for which he’s won 9 Tonys (in fact, he’s an EGOT!).

I was already familiar with most of the broad outlines of his biography as a Jewish refugee from Europe, a groundbreaking improv and skit comedian with his comedy team partner-in-crime Elaine May, and a film director. But this book, written by Mark Harris—who also wrote the terrific Pictures at a Revolution and Five Came Back—showed me the full breadth of his work, encompassing pictures he directed that I’ve seen and/or had forgotten, such as Who’s Afraid of Virginia Wolf, Silkwood, and the Birdcage. And there were several I was shocked I had never heard of (or didn’t recall) like Day of the Dolphin, Wolf, and the Fortune!

But it was the breadth of his theater work that was a revelation, ranging from “Barefoot in the Park” and “The Odd Couple” in the 1960s (pairing with Neil Simon on several occasions) to “Spamalot” in 2006.

Of special interest to me, of course, is his cartooning connection—one of the first plays he tackled as a director was by cartoonist Jules Fieffer, who discovered that Nichols and May were fans of his own work (upon seeing them on stage, Feiffer found them to be kindred spirits, doing work similar to his own “but better”). Nichols would later go on to direct the film, Carnal Knowledge, on which he had Feiffer on set for most of the shoot. 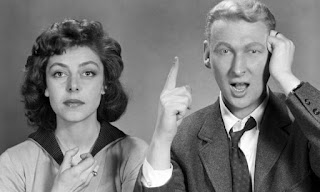 As I noted in my review a few years back of Feiffer’s memoir, Backing into Forward, Feiffer (and Nichols) grew up during a fascinating era in the 1950s and ‘60s when artists, entertainers and actors, intellectuals, playwrights, movie directors and, yes, cartoonists like Feiffer seemed to mingle and cross-pollinate. I’m not sure if this was a reflection of the era or particular to the New York City social scene, but Nichols’ friendships with Feiffer and others like Simon, Richard Avedon, Leonard Bernstein, Jackie Kennedy, Gloria Steinem and, as he transitioned to Hollywood, Richard Burton and Elizabeth Taylor (first befriending the former along with Julie Andrews when his show with Elaine May was at the Broadway theater next door to where Camelot played), Jack Nicholson, Warren Beatty, Whoopi Goldberg and more demonstrate his wide circle of connections that span decades.

While for some reason I thought Nichols to be a genial sort, like a lot of gifted artists, his personal life and demons belie that. Born to an unloving mother, prone to depression and (most surprising) addicted to coke and crack at various times in his life, he could be cruel to actors and crew on set. Like many immigrants and performers, he also was someone who reinvented himself – a Russian-Jewish immigrant by way of Germany with the birth name of Igor Mikhail Peschkowsky, he escaped Germany before the Holocaust. As he faced his demons as he got older—internalizing his guilt as a Jew who escaped Europe before the Holocaust—Nichols found a measure of peace. This was due in large part to his happy marriage to television broadcaster Diane Sawyer, who generously worked to ensure he maintained a healthy relationship with his previous wife and children. I found the book to be a compelling read about a comedian and director who had a huge impact on both the film industry and stage, and the book offers fascinating glimpses into the art that went into this work, with plenty of great anecdotes about the great figures (and their eccentricities) of the time.

Some Nichols and May, in one of their most famous sketches: 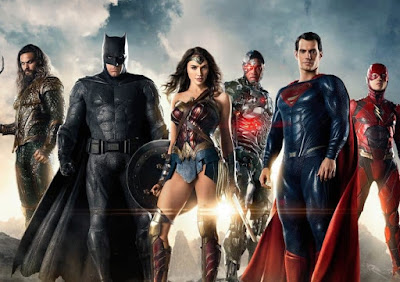 Director Zack Snyder is a divisive figure among movie and comics fans. While I was incredibly impressed by his film adaptation of Watchmen, like many, I’ve been put off by his incredibly dark approach to the DC Comics film universe as reflected by Man of Steel and Batman v. Superman: Dawn of Justice, a tone that has permeated many of DC’s other films. While it’s perhaps not fair to compare Marvel’s films to DC’s/Warner Brothers, Marvel has admirably built a franchise brand that exists as an interconnected and cohesive movie universe where the films share a common DNA yet still allow for a wide range of variety and expression, ranging from period pieces like Captain America: First Avenger, to political thrillers with Captain America: The Winter Soldier, to near-comedies like Thor: Ragnarok and Ant-Man. It’s a world-building approach they are now expanding into their DisneyPlus streaming shows, such as WandaVision and Falcon and Winter Soldier. Ultimately, most of the Marvel films have a sense of fun and are great popcorn movies. Their success also is the result in the complete conviction and faith in the strength of their intellectual properties.

While DC’s characters are just as rich, without the single guiding hand of someone like Kevin Feige, DC has never shown the same conviction and belief in their characters and universe as Marvel did at the very outset. A case in hand is the fate of Justice League. After Snyder and his producer-wife left the project following the tragic suicide of his daughter, Warner Brothers Studio hired Joss Whedon, who played an early role in Marvel’s success, having directed the Avengers and Avengers 2, to complete the film. As it was eventually revealed, Whedon significantly revised and simplified Snyder’s script and vision, and it may have been partly the result of Warner Brothers getting cold feet (again) over the density of the mythology.

I won’t say that I disliked Whedon’s Justice League as some fans, but neither did it make much of an impression on me nor was I among those clamoring for the “Snyder Cut.” That said, now having seen it, I must agree it’s a somewhat better movie — while I’m still not convinced that Snyder’s dark somewhat joyless approach to the characters is the way to go, at least this film reflects his singular vision and it’s  better for it. Not only did he get a mulligan to improve the CGI design and character arc for the film’s original villain, Steppenwolf, but he gives him a richer back story and motivation (as opposed to simply wishing to take over the world); in fact, in this version, he is actually a low-level toady to an even bigger villain, Darkseid, that expands the DC film Universe further.

The film’s plot is also slightly re-jiggered, with Cyborg playing a more central role to the plot and having a clear character arc, which Whedon completely wrote this out of his version. We also see a little bit more of Superman and more of an origin background for Flash.

Of course to accomplish this, Snyder also made it a longer movie with a running length of 4 hours. For the most part though, the movie moves along, notwithstanding the excessive use of slow-mo.

But at least the Snyder Cut is finally out there for the world to see. While it doesn’t appear that Warner Brothers has any plans to continue the path that Snyder began with this movie – and tries to tease with epilogue scenes — at least his vision has been realized.