The Birth of Geek Chic 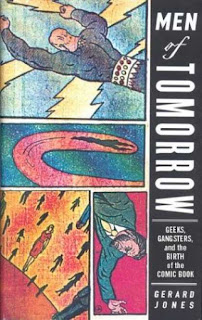 One of our country’s central mythologies is that the U.S. is a land of opportunity—a meritocracy where anyone can succeed with the requisite pluck, talent and ambition. The dark underbelly to this axiom, however, is that many of America’s earliest success stories were borne out of shady deals and backroom activities that, at best, could be described as exploitative and unscrupulous, and, at worst, criminal. The late 19th and early 20th centuries were the age of the robber barons who often bought their way into respectability and cleansed their stories and backgrounds before becoming part of the mainstream and ruling elite.

Gerard Jones’ 2004 book, Men of Tomorrow: Geeks, Gangsters, and the Birth of the Comic Book, tells this oft-told tale of new wealth and exploitation in the context of the comic-book industry. It’s an engrossing tale full of colorful and shady characters, as well as naifs, who together gave rise to geek culture and the modern-day entertainment industrial complex.

While there are many colorful players in this story about the messy birth of the comic-book industry, the main characters who form the spine of Jones’ book are, on one side, Harry Donenfeld and Jack Liebowitz, who essentially engineered the birth of the comic-book/superhero industry through DC Comics, which eventually morphed into the media and entertainment behemoth known today as Time Warner; and, on the other, the hard-luck Jerry Siegel and Joe Shuster, the creators of Superman who essentially were swindled out of the ownership and any reasonable share of their iconic character’s lucrative earnings. 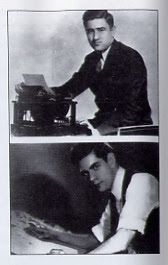 Siegel and Shuster are portrayed as the first prototypes of the geek ethos that would not truly come into its own until the end of the century. Socially awkward and seemingly developmentally arrested, both found comfort and safety in pop culture, and particularly comics, the pulps and science fiction. Siegel and Shuster were among the first members of the nascent science fiction fandom movement that emerged during the 1930s, which initially was fueled primarily by the pulps. Siegel even was among the first to publish a fanzine.

In contrast, Donenfeld and Liebowitz were hardscrabble, street-smart Jewish immigrants who constantly reinvented themselves as they scrambled to find ways to make a buck and a longterm way out of their tough tenement beginnings. Indeed, most of the field’s first generation of cartoonists—Will Eisner, Jack Kirby, Bob Kane, Will Elder, Harvey Kurtzman, et al—all came from similar roots, some of them literally growing up within blocks of each other. Siegel and Shuster, too, were Jewish, and though they experienced their own special brand of challenges and hardships, they came from suburban Cleveland and were more sheltered from the rough and tumble urban street life that were an essential part of Donenfeld and Liebowitz and their peers.

Donenfeld and Liebowitz stumbled onto Siegel and Shuster’s Superman, desperate to publish a comic-book with original material as the pulp market collapsed. As the story famously goes, the character was purchased by Donenfeld for $130. In exchange for the rights, Siegel and Shuster were promised they would get all the work they could handle. It didn’t quite work out that way as the character and need for material outgrew them, and as the two creators became inconvenient, seemingly ungrateful nuisances to the suddenly flush company. 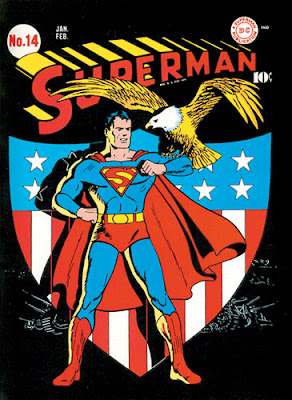 The naïve and sheltered Siegel and Shuster were ill-equipped to deal with the loss of their character. Out of pride and inexperience, they refused any real help in their battle (legal or otherwise) for far too long, allowing the shrewd street-smart businessmen at DC Comics to manipulate them and maintain the upper hand. (Interestingly, the book shows it clearly didn’t need to be that way; Bob Kane, the street-saavy credited creator of Batman, in contrast garnered a deal in which he and his heirs shared in the ownership and profits of his character, at one point using Siegel and Shuster’s clumsy threats decades later as a way to leverage an even better sweetheart deal.) Nevertheless, Siegel and Shuster’s unfortunate deal set the “work for hire” template for the comic-book industry that survives to today.

While Siegel and Shuster found some measure of justice before the end of their lives for themselves and their families when Warner Communications was essentially shamed into finally providing for the impoverished creators and their heirs—and giving them credit as the creators—on the eve of the release of the 1978 Superman movie (a thrilling story in itself), it remains a cautionary tale for artists in this age of media conglomerates.

As many have noted, for the most part today’s comic-book industry found its roots in the Jewish experience, as the immigrants and their first generation struggled to assimilate and succeed. It’s a fascinating history in which Gerard successfully exposes the vagaries and underbelly of unchecked capitalism as well as celebrates the birth of geek culture.
at 2:25 PM Posted by Randy @ WCG Comics

Excellent review. I was part of another discussion and saw the link to this Blog. I certainly will look for a copy of this book as it seems quite interesting.

Thanks for the comment! I'd been eyeing this book in the bookstore for quite some time deciding whether to buy it, when I came across it in my local library! So you might want to try looking for it there.